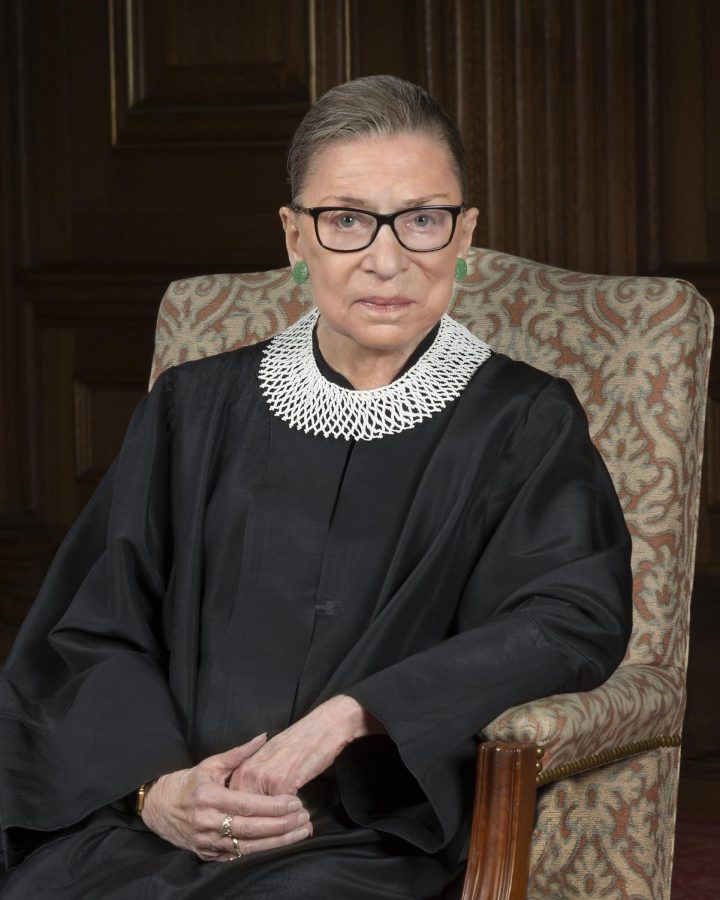 This past Friday we had to deal with the passing of another global icon: Ruth Bader Ginsburg. Ginsburg was not just a Supreme Court justice; she was a champion of feminism and civil rights, a revered intellectual, and a symbol of equality. Ginsburg was known for accomplishing many historical feats in her time as Supreme Court justice and outside of the Supreme Court; many don’t know her backstory and how she became the hero she is known to be. While her backstory was from modest beginnings, I believe Ginsburg’s upbringing shaped and paved the way for her success.

On March 15th, 1933, Ruth Bader Ginsburg was born Joan Ruth Bader in Brooklyn, NY to Ceila Amster and Nathan Bader. Mr. Bader worked as a furrier during the Great Depression, while Ms. Amster worked in a garment factory. Raised in tough conditions during extremely uncertain times, Ginsburg’s family inspired her to pursue a career in academia and education. Specifically, it was Ginsburg’s mother who created a path for her to succeed by enrolling her at James Madison High School. From there, Ginsburg would go on to Cornell University and graduate top of her class in 1954. As Ginsburg continued to progress through her education, she soon became aware of the lack of gender diversity in her educational institutions. Specifically, at Harvard Law School, Justice. Ginsburg was one of only nine females in a 500-person class, as the overwhelming presence of men in well-established institutions was a constant trend. More importantly, not only was Ginsburg facing certain difficulties inside the classroom but outside she also was dealing with the new reality of being a mother and a wife. Even as a student, Justice Ginsburg was gifted with immense strength and character during difficult times.

What makes Ruth Bader Ginsburg such an exceptional person is how she continued to break barriers throughout her life. In 1990, she was only the second woman to be appointed as a Supreme Court justice. At 60 years old, Ginsburg had the vision and determination to fight for gender equality; she was considered to be “the Thurgood Marshall of the women’s right’s movement.” Specifically, Ginsburg famously wrote the majority opinion in the 1996 Supreme Court case in United States v. Virginia, which qualified that women could not be denied admission to the Virginia Military Institute on the basis of sex. This decision was the first of many influential moments that Ginsburg would have as a Supreme Court justice. When it came to advocating for gender equality and equal rights, Ginsburg was known for her eloquence and conviction. As Emily Blazon wrote, “Ginsburg didn’t think women should get to do what men did because she believed they would do the job better; she wanted equality for its own liberating sake.” One of Ginsburg’s main beliefs was that social change – surrounding issues such as equal pay, for instance – should not stem from the courts, but rather Congress and other legislatures.

Ginsburg, in more ways than one, was a symbolic figure in politics and society. In 2009, Ginsburg famously worked with President Barack Obama to sign the Lilly Ledbetter Fair Pay Act. This piece of legislation was designed to end discriminatory pay as well as other practices that encourage gender inequality. Additionally, the Ledbetter Act makes amendments to the Age Discrimination in Employment Act of 1967 as it declared the practice of age discrimination in compensation and employment illegal. In her later years, Ginsburg assumed the nickname Notorious R.B.G., not because she was born in Brooklyn like the rapper Notorious B.I.G., but because Ginsburg carried a presence like no other. Even in her eighties, Mrs. Ginsburg was seen all over social media and the news exercising and being physically active. What is even more impressive is Ginsburg’s resiliency when it came to her health. Ginsburg had traumatic experiences such as colon cancer and early stages of pancreatic cancer just a decade ago.

However, she kept on fighting. In fact, when people kept questioning her commitment to remaining on the Supreme Court, Ginsburg responded that she will stay “as long as [she] can do the job full steam.” Ginsburg’s willingness to continue being a Supreme Court justice is noble and inspiring. Ginsburg was also adamant about recounting her experience as one of the only female justices for a period of time. As Ginsburg once said in a 2014 interview, “The image to the public entering the courtroom was eight men, of a certain size, and then this little woman sitting to the side. That was not a good image for the public to see.” Despite the personal hardships she faced, Ginsburg will always be known as a terrific litigator, advocate, and strategist. As 2020 continues to be a year of tragedy, misfortune, and difficulty, let us not forget the legacy that Ruth Bader Ginsburg has left behind.