The field hockey team has started off their season with a 3-4 record, 1-3 in the NESCAC. Although the record may not reflect it, they have played every game competitively, losing two games in overtime, to Hamilton and Bowdoin. These were two of their first three games, which also included a loss to Montclair State. Despite starting the season with three losses, they then turned it around and rattled off three wins, beating Maine-Farmington, Thomas, and Wesleyan.

This past weekend included the win over Wesleyan with a score of 4-2 on Saturday. On the win, Caroline O’Reilly ’18 says, “I’m feeling optimistic. We are only going to get stronger as the season continues.”

Bates went into the half tied at one after a goal by Ally Leahy ’20. In the second half, the Bobcats scored again to go up 2-1, with the goal coming from Taylor Lough ’19. Victoria McGee ’20 scored next to make the score 3-1. After a Wesleyan goal brought the Cardinals back to within one, Lough would score another goal later in the game to seal the victory 4-2. Sydney Beres ’18 says, “We are such a strong team this year.”

On Sunday, the Bobcats dropped a game to Williams by a score of 3-2. Williams is ranked Number 12 nationally, but the Bobcats played well despite losing by a goal. The two goals were scored by Lough and Grace Fitzgerald ’20. Lough opened up the scoring for Bates in the 20th minute, tying the game at one apiece, but the team was then held scoreless until the goal by Fitzgerald on a penalty near the end of the game. In between the two Bates goals, Williams scored two more, one in the first half and one in the second, to get to three goals. Bates was outshot 20-9 overall. On the loss, O’Reilly says, “We’re taking a lot of lessons from each game and hopefully everything will come together.”

Despite the loss, the team is optimistic about the rest of the season. The losses have all been by only one goal, so the Bobcats are clearly competitive within the NESCAC. In addition, all the losses have been to ranked teams, none outside of fifteenth in the nation. Because of this, the Bobcats are not out of the running for the rest of the season, but will be a strong team with the potential to turn those close games into wins as the season continues on. Beres says, “We have eight games left in the regular season and we are ready to take on the NESCAC and out-of-conference games.” This confidence should help the team moving forward.

When asked about the team as a whole, Beres says, “The first-years have made a big impact on the field so far. In addition, the returners are continuing to bring an intensity to our practices and games that is helping us day in and day out.” Despite the 3-4 record, the team is not counting themselves out. Between both the returners and the first-years, the team is ready to be a competitive factor in the NESCAC.

Up next is a game against Trinity at home this Saturday, September 30th. On this contest, Beres says, “We are focused on our goals and ready to take on Trinity next weekend.” The game will be at 11:00 a.m. 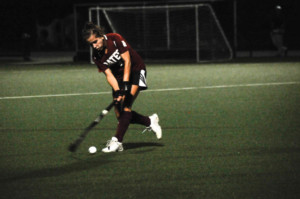