Rise in Cost of Attendance Evokes Renewed Concern Among Students 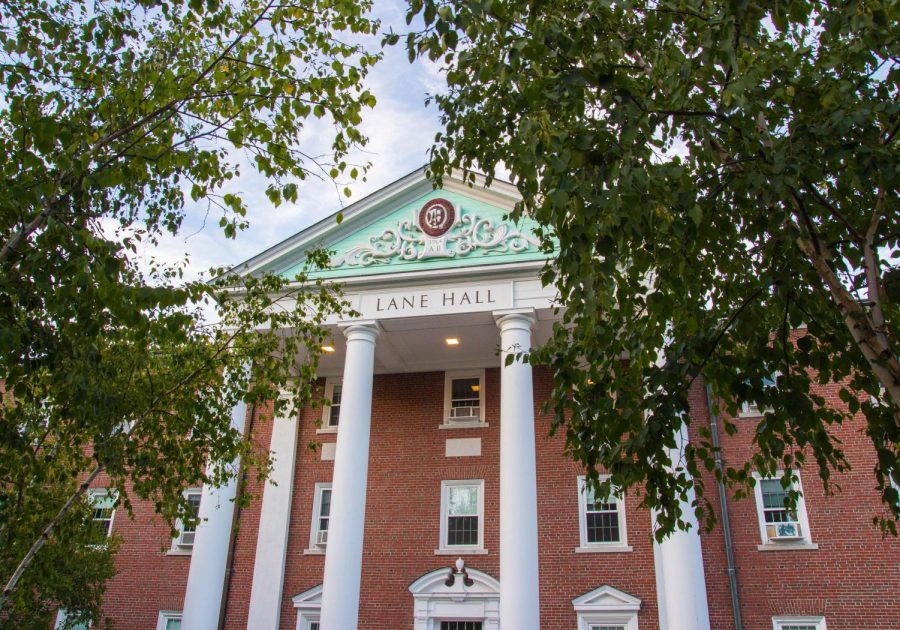 As anxiety and economic uncertainty spike among students for the fall semester, many have expressed concern about Bates’ latest rise in fees. While the rate of increase is lower than in recent years, some students are worried they will be paying more for a diminished Bates experience.

More than half of Bates’ students pay the full cost of attendance. This year, the comprehensive fee rose 3.00% from $71,388 to $73,530. In the past, Bates has asserted that the rise in tuition will not affect the cost of attendance for students who receive financial aid. If a student’s financial situation remains the same from one year to the next, they should expect to pay a similar amount.

In the 2019-20 academic year, 43% of students received some form of financial aid, and the average financial aid package, including grants, work-study, and loans, was $51,099. Yet, students in the Class of 2021 who do not receive financial aid will be expected to pay in excess of $6,000 more for the 2020-21 academic year than they did as first-years.

William Hibbitts ‘21, class representative and the 2019-20 chair of the Bates College Student Government (BCSG) Academics Committee, wrote an email to President Clayton Spencer and Geoffrey Swift, Vice President for Finance and Administration on July 1 expressing BCSG’s concern over the lack of transparency with the decision.

“An increase in tuition without sufficient justification may be viewed as an affront to those students who are enduring economic hardships or who believe the quality of their Bates experience will be diminished by the necessary public health precautions we must take due to the COVID-19 outbreak,” Hibbitts wrote.

BCSG created a petition which was signed by 450 students and alumni. However, Bates stood firm in its response. “Even with the investments necessary to offer that hybrid experience against the background of a pandemic, we have kept our single fee in line with prior years,” the statement read.

Geoffrey Swift, Vice President for Finance and Administration and Treasurer, noted that the increase was expected and is the smallest since fiscal year (FY) 2016. “The college is making substantial investments to enable students to be on campus, to be with their peers while receiving a true Bates education, and to make progress toward their degree while protecting the health and safety of everyone on campus and our neighbors in Lewiston and Auburn,” he wrote in an email.

This includes regularly testing students for COVID-19, installing plexiglass shields in labs and classrooms, and significant investments in distance-learning technology and other pandemic related costs. Without knowing more about Bates’ income and expenditures, it’s impossible to fully evaluate Bates’ finances and the necessity for increasing tuition this year. However, it is possible to compare Bates’ cost of attendance in comparison to peer institutions and analyze long-term trends.

Swift explained how Bates’ fees and rate of increase compare to peer institutions; the following information is from Swift’s data. In FY2021, Bates’ comprehensive fee is the 21st highest of the 44 peer institutions Swift tracks. This means 23 of the tracked institutions cost less overall than Bates. However, in FY2020, Bates had a slightly better ranking as the 24th highest school.

In the NESCAC, only three schools have a smaller comprehensive fee for FY2021 than Bates: Williams, Bowdoin and Hamilton. While Bates may cost slightly more than the average overall fees of these 44 institutions, Swift notes that Bates has one of the lowest rates of increase over the past several years.

Bates’ six-year compound annual growth rate (CAGR), which is similar to the average increase in fees over six years, is the second-lowest of the 44 institutions Swift tracks at 3.24%. Only Sarah Lawrence has a lower six-year CAGR than Bates. Swift’s CAGR spans six years, the time since the start of his data set.

However, he specified that President Clayton Spencer’s eight-year CAGR is even lower at 3.18%. In the past year, Bates’ rate increase is also lower than average. Bates had the 30th highest rate of increase from FY2020 to 2021, meaning that only 14 schools increased their tuition at a lower rate. Swift noted that four of the 44 schools he tracked kept their overall fees the same as last year, and Williams reduced their fee by 15% of the intended FY2021 rate, a net 12% decrease from last year’s rate.

The Bates Student conducted its own analyses which resulted in similar findings. All graphs and analyses past this point are from the writer, except when noted otherwise. The Bates Student compiled information on 42 peer institutions in the chart below, which includes Williams’ intended comprehensive fee for FY2021 before reducing their fee in June.

Fees include all required costs and assume the student is a sophomore. When prices for room and board were variable, the option with the middle cost was chosen. The average cost of attendance for these colleges and universities is $73,010, less than Bates’ total cost of $73,530.

Williams sports the lowest overall fee by far for the upcoming academic year at $63,200. However, before the college chose to reduce the fee by 15%, Williams’ comprehensive fee was set to be $74,660, which is more than $150 higher than average in this comparison.

Comparing Bates to peer institutions, however, does not tell the full story of Bates’ finances over the years. Students may be amazed to know that Bates cost just $27,415 for the 1996-97 academic year, less than half of the price students face today.

Yet, enrollment has also risen by about 200 students in the last 25 years, meaning that Bates has given more students financial aid over the same time period.

The rise in tuition was also adjusted for inflation using the U.S. Bureau of Labor Statistics calculator, with June 2020 as the reference. According to this methodology, Bates tuition has risen an average of $1,200 more than inflation each year since FY1997. However, this is just an estimate. Swift explained that adjusting for inflation can be a tricky process, and there are multiple potential methods to consider.

The data in this section begins at FY 1997 as Bates Facts, the source documents, are only available online from this year onward.

Bates costs a significant amount of money. However, in comparison to peer institutions, Bates’ comprehensive fee is average, and its rate of increase over the last six years is low.

It should be noted that comparing the cost of attendance for each school is not the full story for all students as many depend on financial assistance. The amount and the type of aid vary across institutions, which has a major impact on the net cost for many students. Some colleges, including Bates, meet all financial aid through a mixture of grants, work-study funding, and loans. Other colleges have removed loans from financial aid packages, or may offer merit aid, but do not guarantee meeting 100% of the calculated financial need for all students.

The majority of students at Bates pay full price. While it is true that Bates costs an exceptional amount of money, it is apparent that the rising costs of higher education is not unique to the institution.