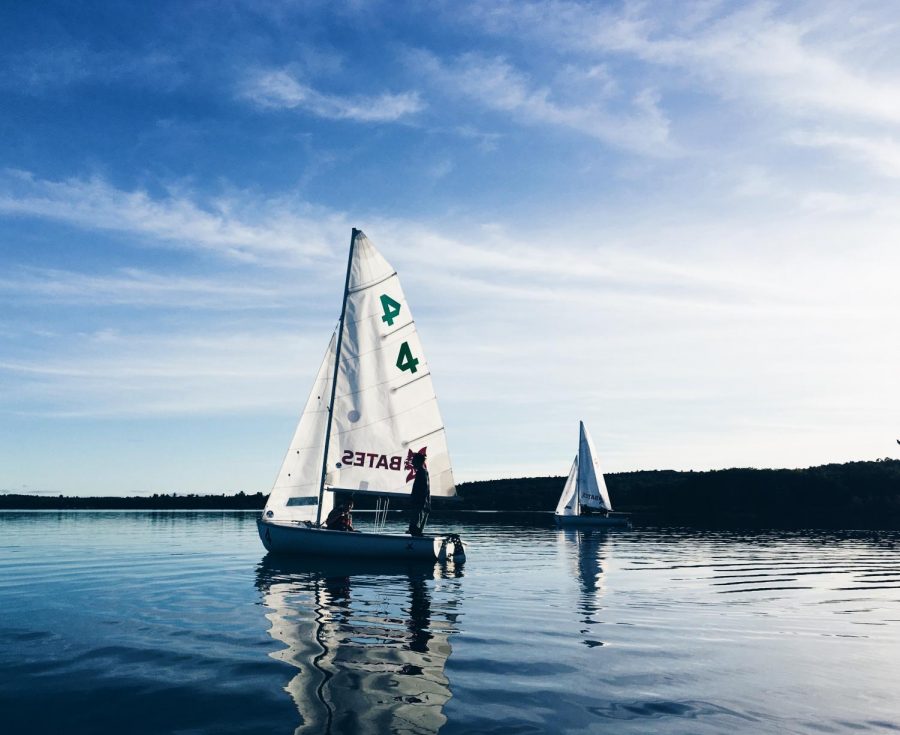 This summer challenged all of us to do our part in order to dismantle the longstanding structures of racism that pervade our everyday lives in this country. In the world of sports, many professional athletes have been using their platforms to be voices for change, and recently, several NBA, WNBA, MLB, and MLS teams even boycotted their games to protest police brutality.

However, professional athletes aren’t the only ones taking a stand – college athletes have been working together to deconstruct barriers within their own sports. One notable example has been the recent efforts of undergraduate sailors from seven schools in the New England Intercollegiate Sailing Association (NEISA) to increase accessibility and inclusion in college sailing.

Sailing has always been a predominantly white, wealthy, and male-dominated sport that has struggled to invite broader participation. The high costs of gear, the yacht club-to-college recruitment path, and the geographical restrictions of sailing are among many reasons that make it increasingly difficult for BIPOC sailors to transition into collegiate competition, or even to start from scratch without experiencing the sport before college.

College sailing, especially here in New England, has a lot of work to do in order to change this exclusive culture, but this summer seemed to mark an important turning point.

In early June, a group of ten college sailors including Jack Valentino ‘22, one of the captains of the Bates Club Sailing team, collaborated over Zoom to create and submit a call-to-action regarding NEISA’s diversity and inclusion policies. A key component of the call-to-action involved the creation of an intercollegiate committee focusing on educational and community outreach programs. The students presented their proposal to NEISA during a conference call on June 17th and received almost unanimous support for their ideas.

Their committee, led by Preston Anderson ‘22 of Bowdoin, officially took form shortly afterward and was given a new name: NEISA TIDE (The Inclusivity, Diversity, and Equity) Committee. The committee reached out to all of the schools in NEISA and recruited representatives from each school to join. Representatives must be undergraduate sailors who are committed to attending a few meetings a month and taking on the role of primary facilitator for educational programming and NEISA TIDE initiatives for their team.

So far, NEISA TIDE has drafted a formal amendment to the NEISA Constitution that requires education about race and diversity in sailing at the beginning of every season as a prerequisite for competition. The committee’s members have stressed the importance of changing NEISA’s infrastructure—such as its constitution—in order to have a more permanent impact and hopefully influence a cultural shift within college sailing.

The framework of NEISA TIDE has already inspired the formation of similar committees by the Inter-Collegiate Sailing Association (ICSA), the national governing body for college sailing across the United States, and other conferences within ICSA.

NEISA TIDE representatives have started forming sub-committees to focus in on the specific areas they are hoping to reform, such as education, community outreach, and recruiting practices. Jack Valentino ‘22 is the co-head of the community outreach program with Julia Wyatt ‘21 of MIT, working to make connections with non-governmental organizations and nonprofits that NEISA and its more than forty member teams could partner with.

“So much of what our group is researching for NEISA is grounded in the struggles that Club Sailing had with connecting with the Lewiston-Auburn community. College students are busy, plans fall through, there’s a turnover in leadership, and resources dry up… But if you can synthesize the literature for an interested team and present them guides on effective, non-performative community outreach, that’s when ideas finally transform into mutually beneficial partnerships,” explained Valentino.

In addition to Valentino’s involvement with NEISA TIDE, Bates Sailing has also been taking steps to change its own infrastructure and assure a greater commitment to inclusion.  Valentino, co-captain Sarah Herde ‘21, and commodore Hannah Lucas ‘21 have recently led efforts to modify the Bates Sailing constitution, creating a Community Liaison position and a Black Lives Matter task force as well as restructuring the team’s budget to buy more communal gear.

While sailing at Bates is a club sport that is open to anyone regardless of experience level, the team recognizes that they must do more to acknowledge and break down the historical and current cultural barriers to their sport. Bates Sailing is looking forward to continuing and expanding their collaboration with other schools surrounding these topics in the coming months. Tackling such institutional issues is a long-term and deeply complicated task, but they feel that working together with a large conference of schools will be the most effective path toward real change.