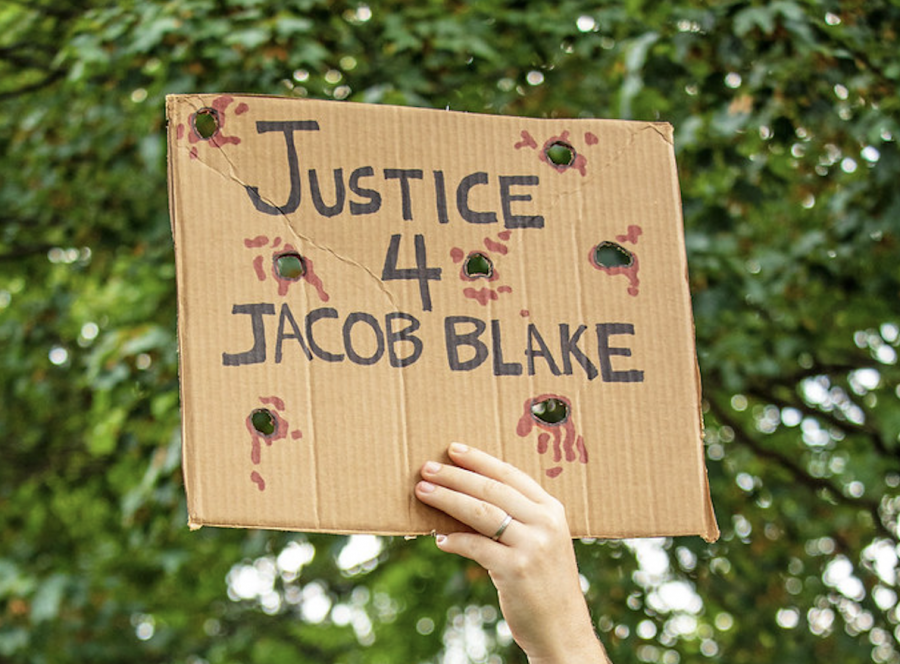 “It often happens that the real tragedies of life occur in such an inartistic manner that they hurt us by their crude violence, their absolute incoherence, their absurd want of meaning, their entire lack of style. They affect us just as vulgarity affects us.” – Oscar Wilde

Last week, I was inspired by the sentiments and messages by the likes of former President Barack Obama, Michelle Obama, Kamala Harris, and Joe Biden. However, after just a few short days, I find myself in the same painful and traumatic space as earlier this summer. This week, America has witnessed another series of upsetting and disturbing events.

The most traumatic event, the shooting of 29-year-old Jacob Blake, an unarmed black man, who is now paralyzed for being shot seven times in the back by a Wisconsin police officer. While there is still more evidence being collected, the incident took place as Blake attempted to deescalate a situation at his home. Before he was shot, eyewitnesses captured on video Blake being put in a headlock, punched in the ribs, and attacked with a stun gun by multiple Wisconsin police officers.

After everything that has happened this summer, I ask myself: Why? Why is this happening again? After all of the powerful and emotional protests that occurred in response to the deaths of George Floyd, Breonna Taylor, and Ahmaud Arbery, I was beginning to believe that we as a society were headed in the right direction; I thought that change was going to happen. But I was wrong.

Just a few days ago, I was filled with hope. As this has been a very difficult time to be a black person in America, I was reminded by Michelle Obama that the power is and always has been in our hands. Mrs. Obama, with grace and passion, was sincere in her address to the nation about how we have forgotten how to show empathy to one another and how it is our responsibility to rebuild society.

That’s what this summer was all about. The fight for humanity and the fight against the oppression of unarmed Black and Brown people. This summer, historic as it was, showed us how influential social movements can be in challenging the abuse of power.

Over the past year, there has been a large presence of social movements around the world. Specifically, from the protests in Hong Kong, Chile, and just recently in Belarus, people are gathering and fighting against social and political injustice in their respective countries. However, while these protests and demonstrations have advocated change, they have been met with severe resistance.

With the Black Lives Matter Movement this summer, I was once again empowered to take action. As thousands of people gathered to protest against police brutality and racial injustice, I believed that there was hope on the horizon. But unfortunately, tragedy has struck once again. Once again, I am in pain as I see the horrific video of Jacob Blake being shot in the back. Hearing the loud gunshots. Bang. Bang. Bang. Another Black person mercilessly attacked and left to suffer. What is even more upsetting is the fact that Blake’s children were witnesses as he was being shot by Wisconsin police. Blake’s three children, who are three, five and eight, now have to deal with the tragic reality that their father might never walk again.

There are no words for this horrendous act. It has been an ongoing and persistent misfortune that keeps happening again and again. The response to Jacob Blake’s shooting has been out of pain and outrage. What has been so infuriating to see is the treatment these protesters have to endure from the National Guard. Just this morning, two people have died and another person has been injured among the protests in Kenosha, Wis.

Over the past couple of days, the protesters in Kenosha have been attacked with rubber bullets and tear gas. The imagery of social unrest, people lying in the streets bloodied and wounded, and officers using excessive force is something that has been all too familiar. The suffering has been all too familiar. What’s even worse is that we live in a society where justice and protection for Black people is almost nonexistent. Black people such as Jacob Blake are being brutalized in the streets without remorse and without guilt. The pain never ends.

Blake’s mother, Julia Jackson, has been overwhelmed with the trauma of her son’s paralysis. Jackson said,  “We need healing. As I pray for my son, healing physically, emotionally, and spiritually, I also have been praying even before this for healing our country.”

This week, while various speakers at the Republican National Convention have expressed their support for Donald Trump’s re-election for president, I am reminded of the albatross that continues to haunt us. This albatross is those in power who continue to be indifferent and oblivious to the suffering of many.

As we are protected in this bubble, surrounded by friends and loved ones, Jacob Blake continues to fight for his life. We continue to descend into misery. We continue to fall from grace.