The new normal of moving in: A first-person perspective 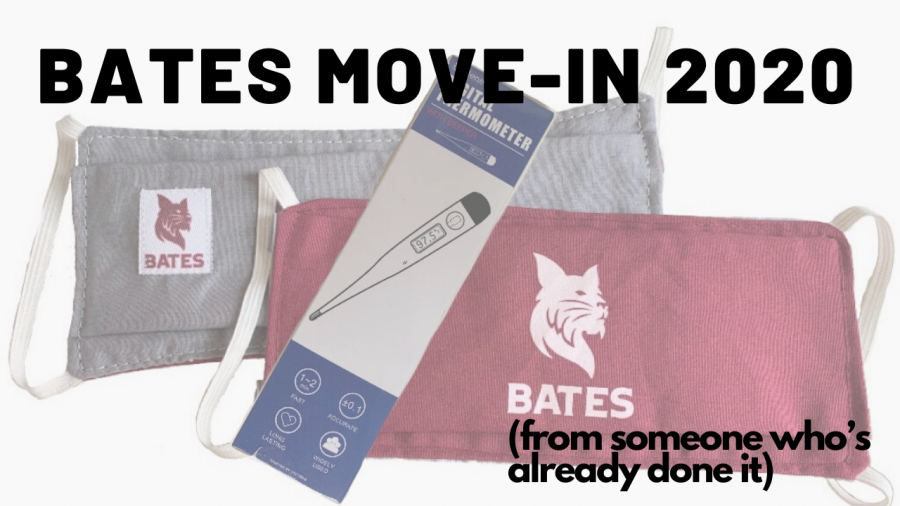 Ever since leaving campus in March, it seems like every aspect of life has changed in some way as a result of the COVID-19 pandemic. Even looking back at things we used to do is startling in the new world we are living in. As the day I had been anticipating for months grew close, I already began to wonder what this new normal would look like on campus. Even after receiving an onslaught of information via email, I was still a bit wary of the move-in process, as were my parents. However, my early move-in experience went rather smoothly. I think it was very indicative of what we should expect to see for the rest of the year.

As a member of Residence Life staff, my move-in procedure is a bit different from that of students coming on Aug. 25-27, but I hope that sharing my experience with the new normal can shed some light on what to expect upon arrival and for the rest of the year.

The aspect of move-in that most people are probably concerned with is testing and what to expect when you pull into the Merrill parking lot. Signage and Bates staff outside of Underhill were both helpful in directing you where to go once I left my car. The first step to the testing process is the pre-testing procedure, which includes screening questions, such as checking for COVID-19 symptoms and requires that each student blows their nose and uses hand sanitizer before entering Underhill for their test. Inside the arena, there are clearly marked arrows on the ground to direct you toward the next step in the process. For me, the testing process was quick and easy, especially because the Bates staff were there to give clear instructions on the information they need and how to administer the test. After following the arrows to exit Underhill, I received information detailing the move-in schedule, post and print, dining, and a package with a digital thermometer and two masks.

One of the harsher realities that many of us, especially the first-years, will face upon arrival will be moving in on our own without our families’ help and support. While my parents did not help me set up my room or take a walk through campus, I was still grateful to be able to say a quick goodbye before they promptly left. Though it was definitely difficult to only have a few moments to say goodbye, moving in on my own wasn’t bad at all, especially since I chose to pack a little lighter than the previous year.

The most striking difference about the residence halls is the new signage that reminds us of our responsibility to be conscious of our hallmates and to wear masks in all shared spaces. After adjusting to the new normal over the past few months, wearing a mask in the dorm hallway felt no different than wearing it out to the grocery store. However, remembering to wear a mask when leaving just for a moment will be an adjustment, especially when in a rush, but I’m confident that we’ll all be able to adapt quickly and settle into the new normal shortly after arrival.

The biggest challenge for returning students will be adjusting to Commons’ new grab-and-go dining. As I arrived early to campus, I was able to go into Commons to get dinner, as my quarantine period had not begun until my test the next day. While the new setup appeared to be fairly user friendly with only a handful of people there, only time will tell how smoothly the new system will work after all students have returned to campus. It was evident how much effort the Bates dining staff had put in to ensure a safe and efficient grab-and-go process.

In addition to the pre-packaged grab-and-go meals, there is also a line for hot food where meal items will be served into take-out containers. Bates staff have also placed stickers on the floor which indicate where to stand, to ensure students stay socially distant. In fact, the Commons entrance is now one-way. Students will enter through the Alumni Walk entrance and exit out of the Central Ave. door. Even though it may be a tough change to get used to, it is clear that Bates staff have completely revolutionized the dining process and experience, without sacrificing the delicious food we all love.

Adjusting to the new grab-and-go dining system will be something that both first-years and upper-class students will need to get used to in time. During the initial testing period, from Aug. 23-31, all meals will be grab-and-go from a tent on the library quad, so most students won’t experience the new Commons set up until the first of the month.

One way Bates has attempted to ease the transition is by providing outdoor seating options, such as Adirondack chairs in front of many of the residence halls and by the Puddle. They’re all connected by wires that are presumably six feet in length, to encourage socially distant hangouts and eating, and are great for sitting and chatting with friends.

After being on campus for a day, it is clear how much effort the college has put into adapting the systems already in place to create a new normal in an effort to keep parts of the college experience alive, while also keeping everyone safe. Luckily, the testing and move-in process were easy to understand; although I’m sure move-in during Aug. 25-27 is bound to be more hectic as a result of the larger number of students arriving on campus, everyone will be adapting to the new normal and settling in together.