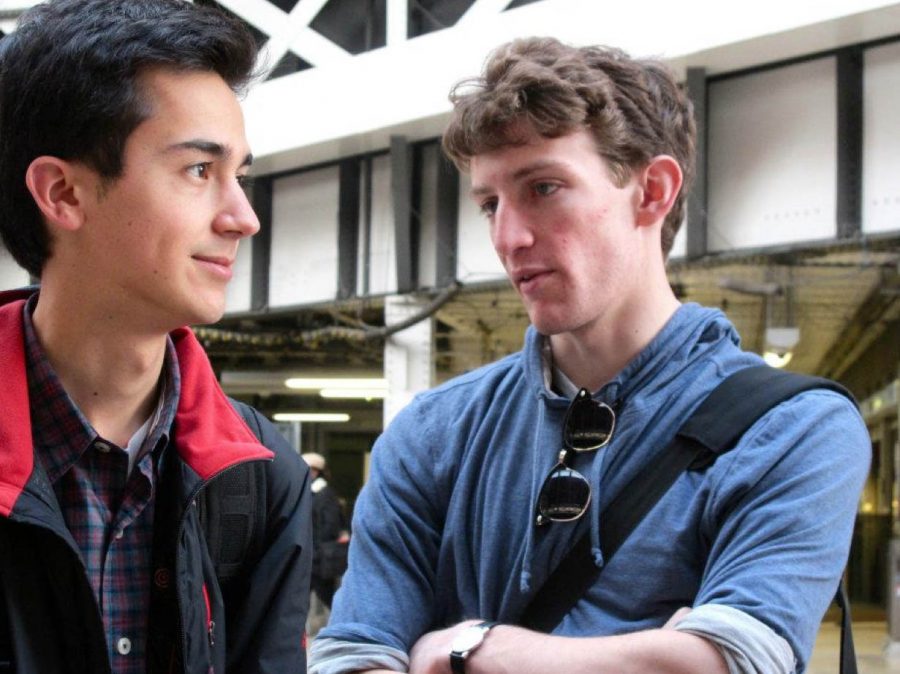 The Brooks Quimby Debate Council’s (BQDC) competitive success this semester was acknowledged by a drastic jump forward of 21 places in the international rankings, which were changed to accurately reflect how debate societies across the globe stack up against each other.

The International Debate Education Association (IDEA) recently revised its rating methodology, upheaving many of the existent rankings and catapulting the BQDC ahead to just one spot below the international top-ten. The IDEA website states that for the past seven years, international rankings were created according to team performance at the annual Worlds tournament. They amended the system to calculate rankings based on results from nearly 40 significant parliamentary style tournaments.

The updated world standings are just one reflection of the BQDC’s recent successes. “The debate crew this fall is the most impressive in recent history,” said Virginia Flatow ‘13, who has been a member of the BQDC since her freshman year. “The team has done amazingly, both individually and as an entire group,” she said.

For debate programs across the country, finances play a vital role in transporting tournament participants and paying entry fees. The BQDC fortunately receives annual payouts from its personal endowment and a college-instituted budget, covering expenses for all debaters when they travel to domestic and overseas tournaments. “This is an advantage,” BQDC Vice President Ben Smith T3 explained, “since some of the other top collegiate debate clubs can only provide need-based financial assistance.”

Nonetheless, representing a smaller school comes with serious challenges. “The real advantage of being at a big school is the ability to recruit. Schools like Yale often recruit prestigious, already accomplished debaters from across the country,” Smith said. “A lot of Bates debaters have never even debated before they reach college. That’s why there is a lot of emphasis on training the novices. We’ve continued to compete against and beat a lot of the big teams.”

Novice debaters experience rigorous training led by the Director of Novice Affairs, currently Cat Djang ‘13, Coach Jan Hovden and the more experienced upperclassmen. “This year’s novice class is the strongest in recent BQDC history,” Flatow said, “with some of the rookies progressing through tournaments and receiving national recognition.”

If this year’s accomplishments are any indication, the BQDC regimen is working. With a cache of successes under its belt the Council sent its top six debaters to the Cambridge international tournament during Thanksgiving Recess. Cambridge is one of the most difficult parliamentary tournaments, Smith explained, because of the prestigious competitors it attracts and the fact that graduate students, who potentially have eight to ten years of extra experience, are permitted to enter.

Despite these daunting circumstances, all three BQDC teams finished inside the top 50 of 116 teams in attendance. The top Bates team of seniors Colin Etnire and Ian Mahmud gave an exceptional effort, breaking into the quarter finals and finishing as the 11th team overall. The second team of Smith and Andrew Wong ‘12 was ranked 26th in the tournament, while the third team of Flatow and Djang finished 48th.

This past weekend Etnire and Smith teamed up to deliver another outstanding performance, finishing in second place at Tufts. They lost only in the final round, out-debating 73 of the 74 other teams in attendance. The novice team of first-years Taylor Blackburn and Matt Summers was also in reach of victory but lost in the Novice Finals, a consolation bracket for the highest performing novice teams. The latest in a string of personal successes, Etnire was awarded First Speaker, which recognizes the best individual performance at a tournament.

BQDC insiders noted that Etnire deserves recognition as the most accomplished debater in their memorable history. Acquiring a multitude of personal and team achievements throughout the semester, Etnire’s cumulative performance brought him to the top of the heap; he is listed as 4th Speaker of the Year on the American Parliamentary Debate Association (APDA) website, the highest standing a Bates student has ever attained. Also worthy of note, Blackburn is currently ranked 21st in the Novice of the Year category.

The APDA is a not-for-profit debate league in the U.S. that supports and facilitates collegiate parliamentary debate at the national level. While helping to schedule and generate funding for conferences, APDA is also the trusted body for publishing tournament results and official team and individual rankings for colleges and universities across the country.

The BQDC is represented exceptionally well at the top of the APDA team rankings as well, which show Mahmud and Etnire as the 6th best team in the country and Djang and Smith as the 29th best. As a club, the BQDC is placed 5th in the U.S. both in the international rankings and in APDAs US rankings.

Up next for the BQDC are a number of key tournaments, including Oxford and Worlds. Attending Oxford will be seniors Kevin McCandlish and Ally Mandra, and sophomores Victoria Sliwa, John Stewart, Emily Schwalbe and Stephanie Wesson. The same six who attended Cambridge will represent the College at the 2011-2012 Worlds tournament in Manila, Philippines.

Council officers encourage interested students from any class year and debate background to look into the BQDC.