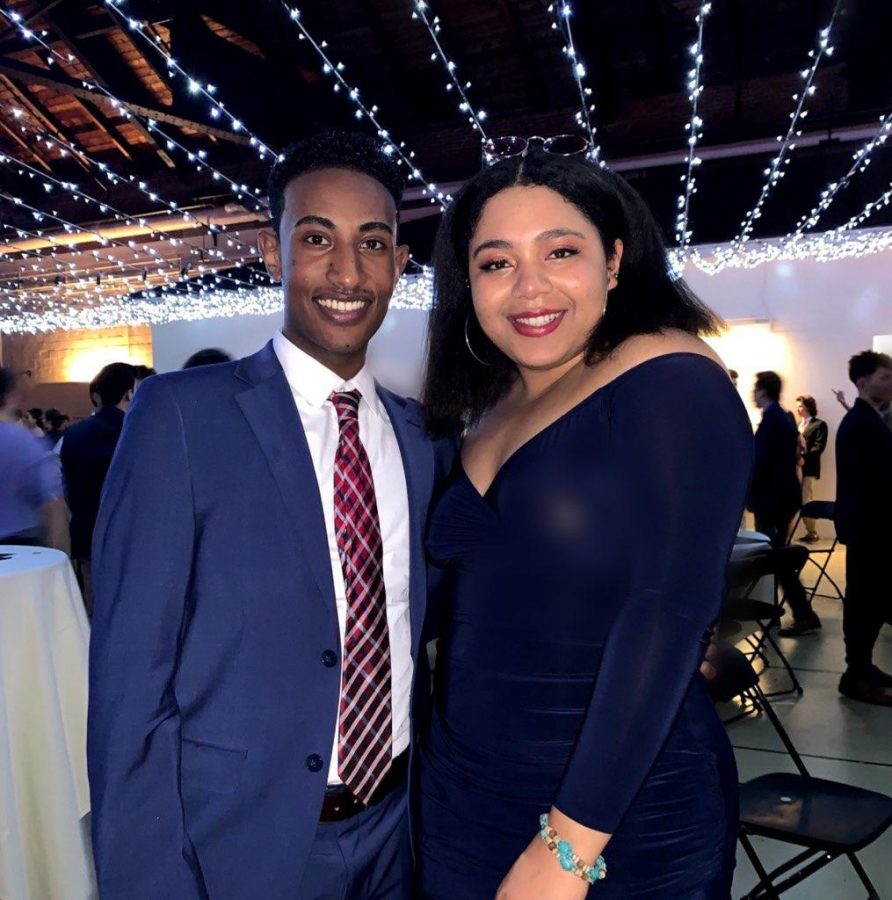 “I want someone to see me – no, forget me— see the way I look and think if Perla, a first generation, black latino student, is able to be president and a double major and whatever else—if she can do all that, I can too,” she said.

Moving forward Figuereo is looking to break from tradition for the president’s role. Per Figuereo, she and Mengistu plan on amending the constitution to allow for them to lead the BCSG assembly as co-presidents. She said that she’s interested in student life affairs, while Mengistu’s is great with issues related to security and parking, for example.

This amendment would further allow students to run as either president & vice president or co-presidents in future elections.

This year a total of 479 students voted in the election, representing roughly 32 percent of returning students. The Class of 2023 had the highest turnout with 197 votes (39.7 percent), followed by the Class of 2021 with 150 votes (30 percent). Only just over a quarter of rising juniors voted on Garnet Gateway with a total of 132.

Emily Bass ’21 will enter her fourth term as a Class of 2021 Representative, and Alya Yousuf ’21 and William Hibbitts ’21 will be returning for their second.

“I am happy with our accomplishments last semester,” Hibbitts said. “We created a relationship with the administration that entails mutual respect. The committee structure was a resounding success. My committee specifically was able to pilot a book exchange and begin a conversation with Geoff Swift surrounding tuition, pursuits that will need to be refined next year. I am also pleased with our leadership. Ryan was pivotal in our success this year and ensured that we were taken seriously by administrators.”

For the Class of 2022, Losseni Barry ’22, Sobie Sobolewski ’22 were elected for their second terms as a member of BCSG. Isabella David ’22 will begin her first term in the fall.

Rishi Madnani ’23 and Imti Hassan ’23 will return for a second term as the Class of 2023 Representatives. Ali Manning ’23 joins the assembly for her first term.

The new assembly will tentatively assume their positions in May, but will not convene for the first time until after the fall semester has begun.

In the election for the president and vice president positions, there were two teams in contention. For the Class of 2024, there were four candidates vying for three spots.

This year, BCSG declined to release the number of votes cast per candidate.

The first BCSG election was held in the fall of 1971, then known as the Representative Assembly. A student organization which described itself as the student government existed before 1971, however its structure and function differed significantly from the modern organization.

BCSG will celebrate its 50th anniversary in the fall of 2021.