Jack Allard ‘16 in Critical Condition during Battle with COVID-19 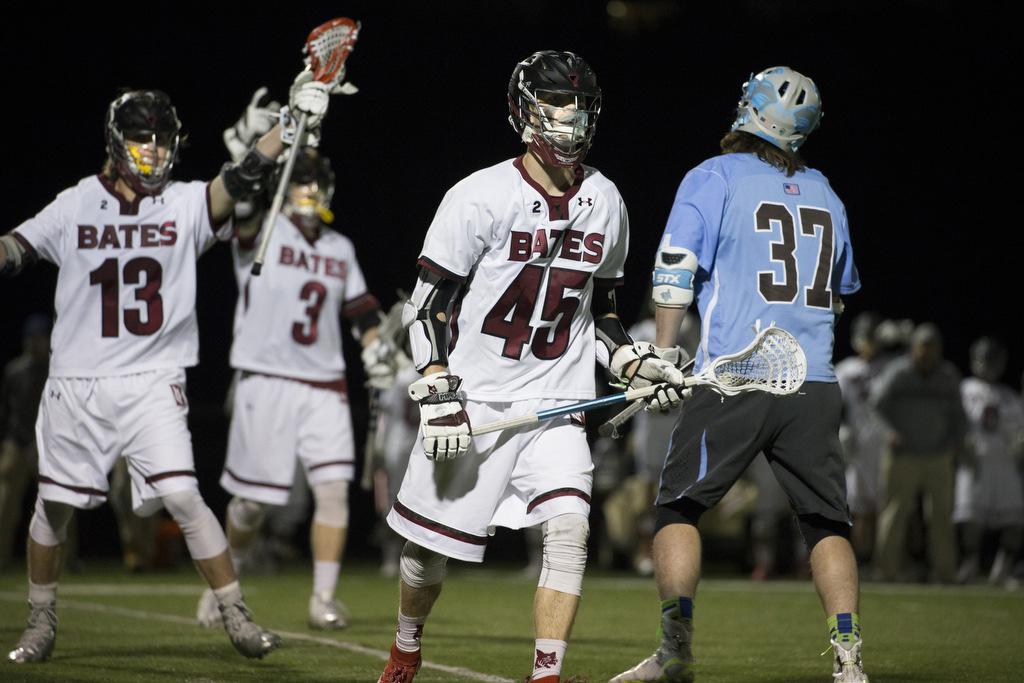 UPDATE [3-26-20]: Jack has been flown to the hospital at UPenn. His oxygen levels continue to rise, and when his liver function is within a normal range, he will be able to begin treatment.

A native of Ridgewood N.J., Jack fell ill on March 13 with symptoms including vomiting, back pain and a fever; three days as his health continued to deteriorate, he was hospitalized at JFK Medical Center in Edison, N.J. Now, after more than a week Jack is in a medically induced coma, breathing with the help of a respirator and waiting for transport to begin intense drug therapy.

In order to be able to take this drug, Remdesivir, Jack needed a confirmed COVID-19 test. However, as days passed and Jack’s condition worsened, his family soon became desperate. According to the Daily Voice, his family reached out to Congressman Josh Gottheimer, hospital administrators and the director of the CDC to expedite the testing process.

Neither the hospital nor the family ever learned what became of the first test; it is presumed to have been lost. A second test was sent to a different lab last Saturday, and Jack finally received a positive confirmation for COVID-19 later that day, almost five days after the initial test. Yet, by the time the result was available, access to Remdesivir had been halted.

Gilead, the company which administers Remdesivir, is currently working on changing its application process in order to deal with the high volume of requests, The New York Times reports. While making the shift to a broader approach, Gilead has suspended its individual compassionate use access program. As an exception, pregnant women, children under 18, and patient showing severe manifestations of the disease may still apply for the drug.

While the status of Jack’s request was previously unknown, his request has since been approved as a severe case, according to his mother Genny Allard in an interview with Fox News host Martha Macallum last night.

Jack was flown by helicopter to the Hospital of the University of Pennsylvania in Philadelphia Tuesday night to begin Remdesivir treatment once his oxygen levels and liver function improve.

“It’s our understanding that once he gets there and they settle him in, the drug will be available to him there,” Genny said. “Nobody’s necessarily telling me that directly because we don’t know his new doctors down at Penn, but we’re told that that should happen.”

The UPenn Hospital is a critical care hospital which is better equipt to administer the intense drug therapy Jack needs and provide further care if necessary.

Genny noted that UPenn has access to extracorporeal membrane oxygenation (ECMO) machines, which she said someone described to her as “dialysis for your lungs.” This machine helps pump and oxygenate a patients blood outside of their body, providing support for the heart and lungs.

The New York Times reported on Monday that many people are sitting in limbo as they wait for their requests to be approved. Although Remdesivir has not been clinically proven to help patients suffering from the Coronavirus, some critically ill patients have shown remarkable improvement after taking the drug. At this point, it’s a desperate last resort.

In Genny’s words, Remdesivir will hopefully work to slow down the virus attacking Jack’s lungs, allowing his body to fight back.

“His doctors say that this is something that can really help him,” she said. “We’re really excited that he might be a candidate for this. It’s really the best chance he has to survive this.”

According to Jack’s mother Genny, he was in good health and had no known underlying conditions which would have put him at increased risk to severe complications.

“Jack is the healthiest person I know, he’s not over weight, he exercises weekly, he’s an All-American lacrosse player at Bates and he continues to play lacrosse,” she said. “He has nothing. He’s not asthmatic, he’s completely healthy, he’s 25 years old, turning 26 in a couple of weeks.”

During this time, the Allard family is unable to physically be with Jack. COVID-19 is extremely contagious and the CDC recommends that patients at home or in hospitals remain isolated, even from loved ones, to prevent further spread of the virus.

Almost 3,000 people have tested positive for COVID-19 in New Jersey as of March 23; less than one percent of cases have been fatal. According to the CDC, only 20 percent of people who are hospitalized in the U.S. are between the ages of 20-44 years.

Jack traveled into Manhattan each day for work, putting him at high risk of contracting COVID-19. New York now accounts for approximately 50 percent of coronavirus cases in the U.S. with the number of cases doubling every three days. As of this morning, New York City had 14,904 confirmed cases alone.

At that time in the program, Bates Men’s Lacrosse Coach Peter Lasagna said it was unusual for a player to receive All-American honors once, let alone twice. Lasagna noted that Jack isn’t physically a large person – his success in lacrosse came from endless practice and a keen eye for unusual plays.

“I hope this doesn’t sound trite, because it’s the absolute truth,” Lasagna said. “He was one of the most focused, driven hard-working people I’ve ever had the privilege of coaching.”

Lasagna’s wife Holly would spot Jack shooting the ball early in the morning at Merrill, “back when it wasn’t necessarily cool to do this if you were a Bates lacrosse player.” He said that Jack understood the geometry of release points in a way not many were able to as a result of countless hours of practice and experimentation.

“[Jack is a] very unassuming, shy, quiet but confident, close to the vest young man – and he just became a superhero when he put a lacrosse stick in his hand,” Lasagna said. “It was all because of how much he loved it, and how much time he put into it.”

Although at first the Allard family wished for privacy, as Jack’s situation progressed they later chose to share his story. This morning, Lasagna sent out a “Bobcat Blast” update to current athletes, parents and alums on Jack’s condition and Genny appeared for an interview with Fox News around 7:30 p.m.

Jack graduated from Bates with a Politics major and Rhetoric minor. He currently works as an equity analyst for Bank of America Merrill Lynch in Manhattan, N.Y. and is a member of the Dead Rabbits Lacrosse Club based in New York City.

This is a developing story. More information will be added as it becomes available.

A previous version of this article said that Jacks health was “on a positive trend.” This was not correct when it was posted or as of 3-28.

These stories are transcribed verbatim with some editing for grammar and facts.

Jack first started to make noise as a freshman in 2013. We were playing at Trinity and I swapped him in for a senior who played in the same position. I put Jack in, and Jack literally scored on his first three touches, or something like that. At one point after the game, I said to him, “They probably weren’t really prepared, the guy covering you probably had no idea about you.” He said, “Coach, the defender that was covering me, after the third goal he just said, ‘Who the hell are you, you’re not even in the scouting report!’” He was just so angry that this skinny kid, who he had no idea who he was, was just torching him. That’s how he announced himself to the world in NESCAC lacrosse.

Tufts was the dominant program in the league, never mind New England. At the time, they were ranked No. 1 in the country, and we were going down there to play them at night, which we always do. We were certainly the underdog. We had a game plan we thought was going to be effective if we could execute it. They had a player named John Uppgren, who graduated as the program’s all-time leading scorer in 2016 and now plays professionally for the Boston Cannons – he plays the exact same position, left-handed attackman. And Jack Allard, again this little, skinny, unassuming man, came up to me right as we were about to leave the locker room and he said, “Coach, I just want to let you know, I’m going to show people who the best left-handed attackman on this field is tonight.” And in a game where we ended up winning 12-8, Jack Allard had four goals and indeed scored more than John Uppgren did from Tufts, and we won. It was a huge deal.