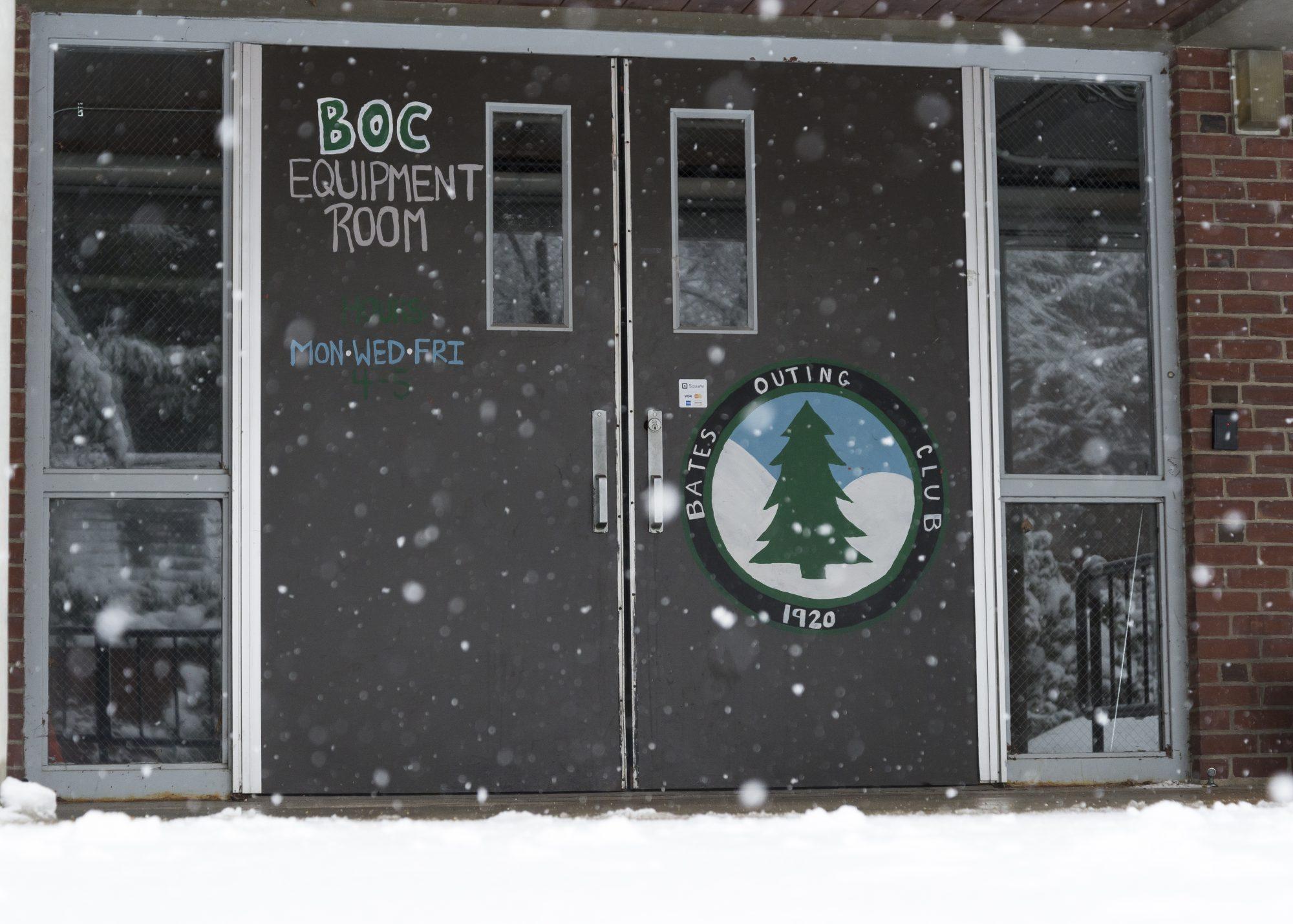 On the evening of Wednesday Jan. 15, students, alumni, and others from the Bates community gathered in the Benjamin E. Mays Center to celebrate the kickoff of the Bates Outing Club (BOC) centennial. Members of the audience, of various different age, backgrounds, and interests, appeared united by the same sentiment shared by the night’s speaker, Ben Ayers ’99, who remarked that “my time at the Outing Club had a profound impact on my life.” As the only club that automatically includes the entire Bates community as members, the BOC has impacted many since its conception in 1920. 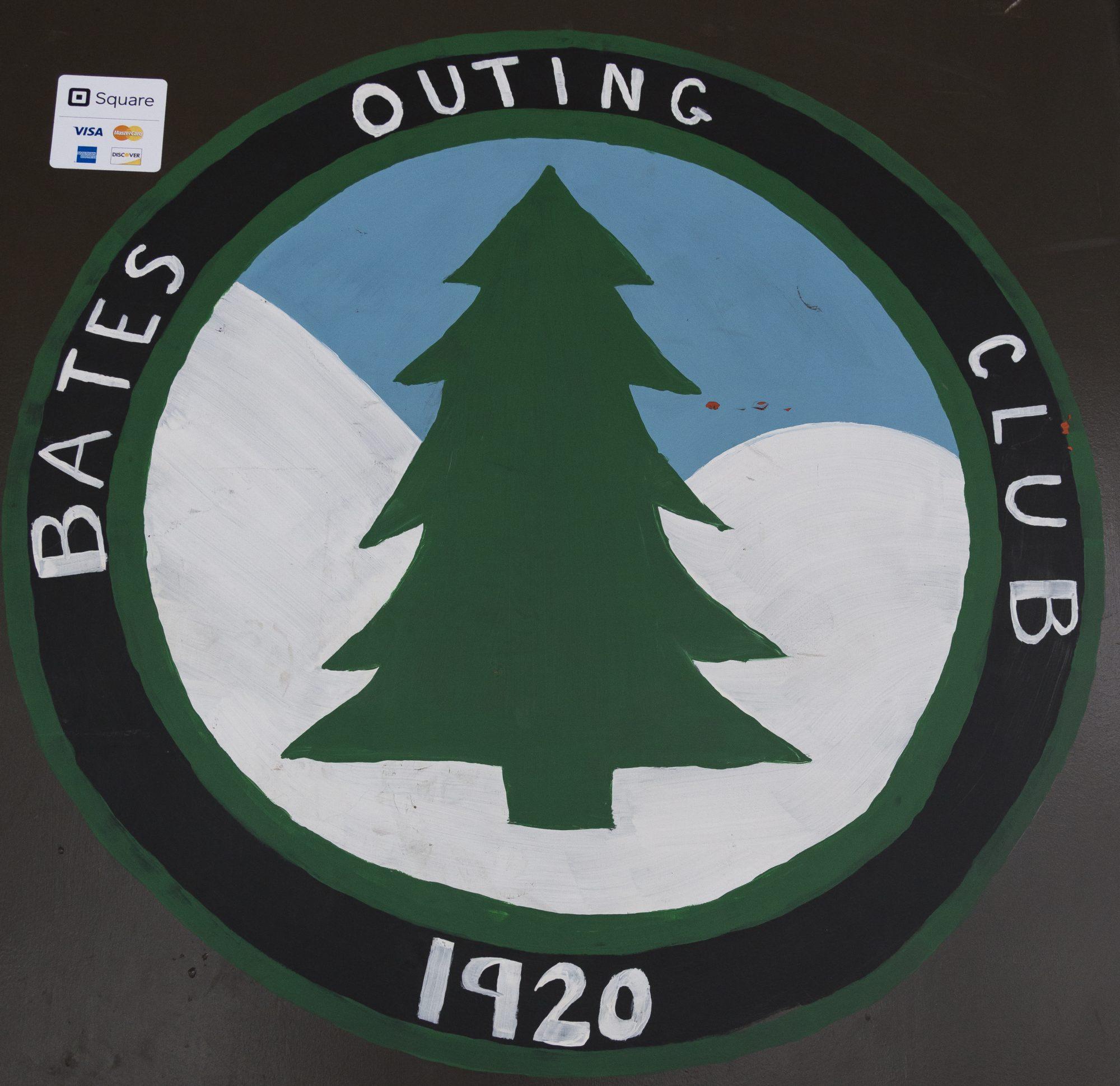 The BOC touched Ayers’ life deeply, and he has since gone on to touch countless others after his time at Bates, which made him the perfect candidate for the Bates Alumni Community Service Award, which was presented to him before the commencement of his talk. During his talk, he highlighted some of his tremendous humanitarianism and shared some pertinent advice in his presentation titled: “‘The Letting Go:’ What Nepal’s Most Isolated Villages Have to Teach Us About Changing the World.”

Ayers began his talk by discussing his experiences growing up in his hometown of Gilford, New Hampshire. During high school, Ayers committed himself to the daunting sport of ski jumping. For him, the difference between a good jump and a bad jump is a singular moment in which a skier must throw themselves over their skis and trust that the air will carry them down the mountain. Despite his dedication to the sport, Ayers had trouble finding success, because he struggled with that crucial moment of trust. In the following years Ayers’ interests diversified, and upon coming back to the sport with the intention of having fun, he experienced significantly better results. He notes, “The harder you try to do something, sometimes, the more you get in the way of yourself.” He found this to be a recurring lesson in the rest of his life.

Soon after arriving at Bates, Ayers became involved with the BOC. During short term his senior year, Ayer and a group of other students constructed the famous BOC lean-to, a visible representation of the legacy of his time in the club. In part due to the love of adventure fueled by the BOC, Ayers signed on to a junior semester abroad program in Nepal. His experiences in the country and interacting with the people of Nepal irrevocably impacted Ayers and upon returning to the United States he knew he had to return.

During his study abroad program Ayers was introduced to porters whose jobs were to carry loads throughout the rural areas of Nepal. Struck by the grace and wisdom of the porters, Ayers took a hand at porting as an independent study. From the porters Ayers said, “I began to learn about the importance of grace, and the importance of tolerance.” Upon returning to Nepal he and his friend started Porters’ Progress, an organization that loaned cloths and advocated for porter’s rights.

In 2006 Ayers left Nepal to return to the United States, but jumped at the opportunity to go back three years later to work with the dZi foundation. The dZi foundation worked with the rural communities where the porters and families resided. Along with the help of the Nepalese, dZi has been able to introduce sanitation systems, schools, new farming practices, and much more to these regions. “We have been a part of a transformation in these communities where there has been a transition from poverty to true prosperity,” says Ayers. “If you don’t treat people like they are poor, you find that they are incredibly wealthy.”

One aspect of the wealth of the Nepalese were their stories. Ayers had the opportunity to create a documentary and feature for National Geographic called “The Last Honey Hunter.” Ayers and his team dangled off cliffs to follow a man named Mauli Dhan Rai as he harvested special honey with hallucinogenic properties. Ayers showed the audience a photo of him repelling off a cliff surrounded in a shroud of mist and bees. While laughing, he instructed the audience to “do dangerous things that you are bad at.” He elaborated, saying that all of the great things he has done have been by accident: “it just happened through the fact that I chose to do things I was really bad at, I took a leap of faith that helped me learn, and listen, it helped me connect with people who were different than who I was, and that’s what led to these really rewarding experiences.”

By letting go, Ayers was able to accept help. He believes that by accepting the help of others it in turn enables one to go about learning how to help others. Ayers certainly has done a lot to help his community, and some of the principles he learned from the BOC have helped him get there.

In order to further celebrate the anniversary, the BOC has planned a year chalked full of special events and activities. Throughout the year, there will be one hundred trips and events taking place nation and worldwide led by students and alumni. The closest approaching large event will be the Winter Carnival torch run and puddle jump on January 31.