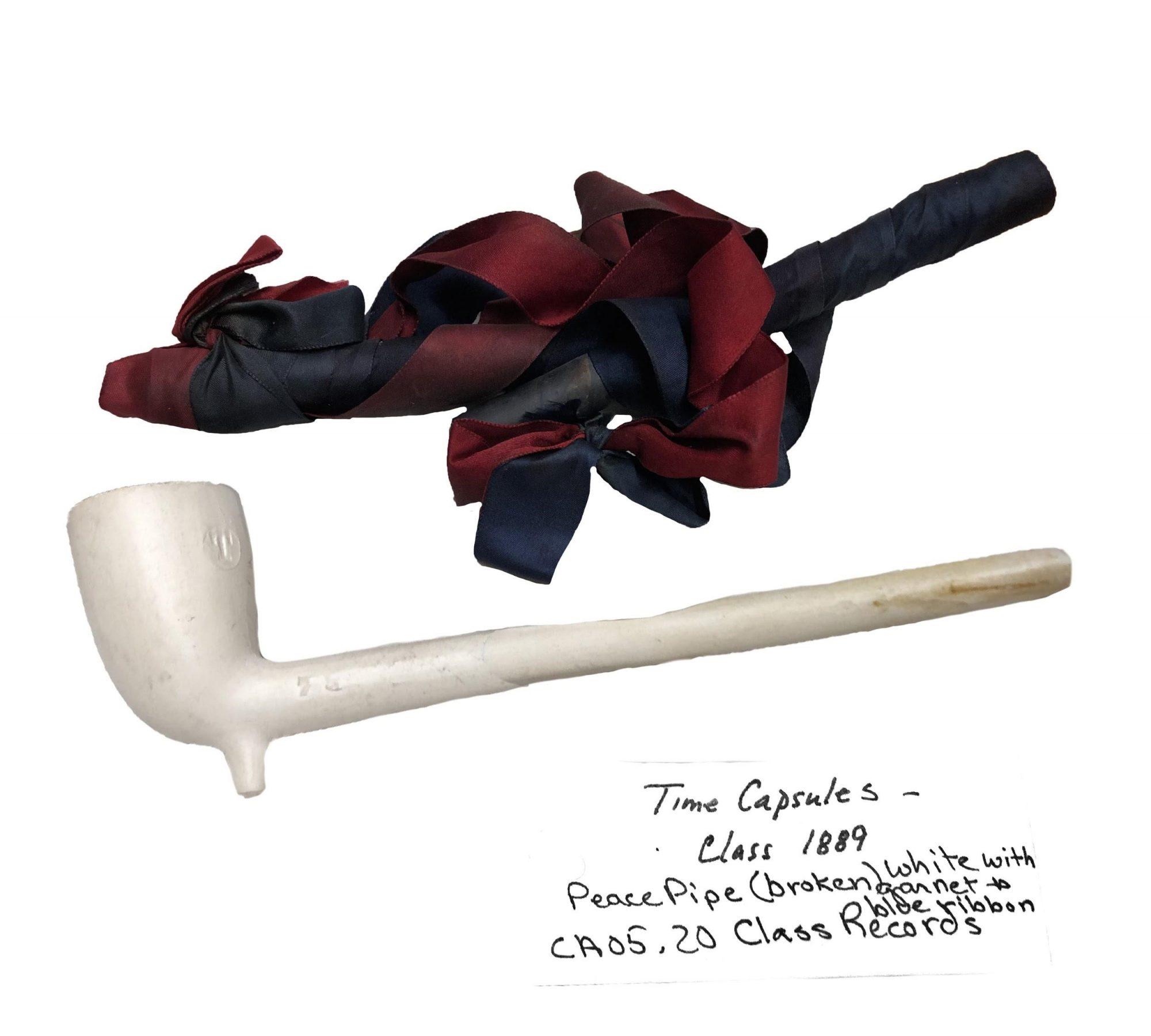 Non-Native (and predominantly white) Americans have a long history of appropriating Native culture. Despite hundreds of years of destruction of Native peoples and assimilation into white settler culture, white Americans have held a fascination towards Indigenous traditions.

From the foundations of many American summer camps and scouting troops, to movies like Pocahontas and Dances with Wolves, to the use of Native American faces and imagery in the branding of products and sports teams, Native appropriation is deeply ingrained in American society. Bates’ history is not immune from this. 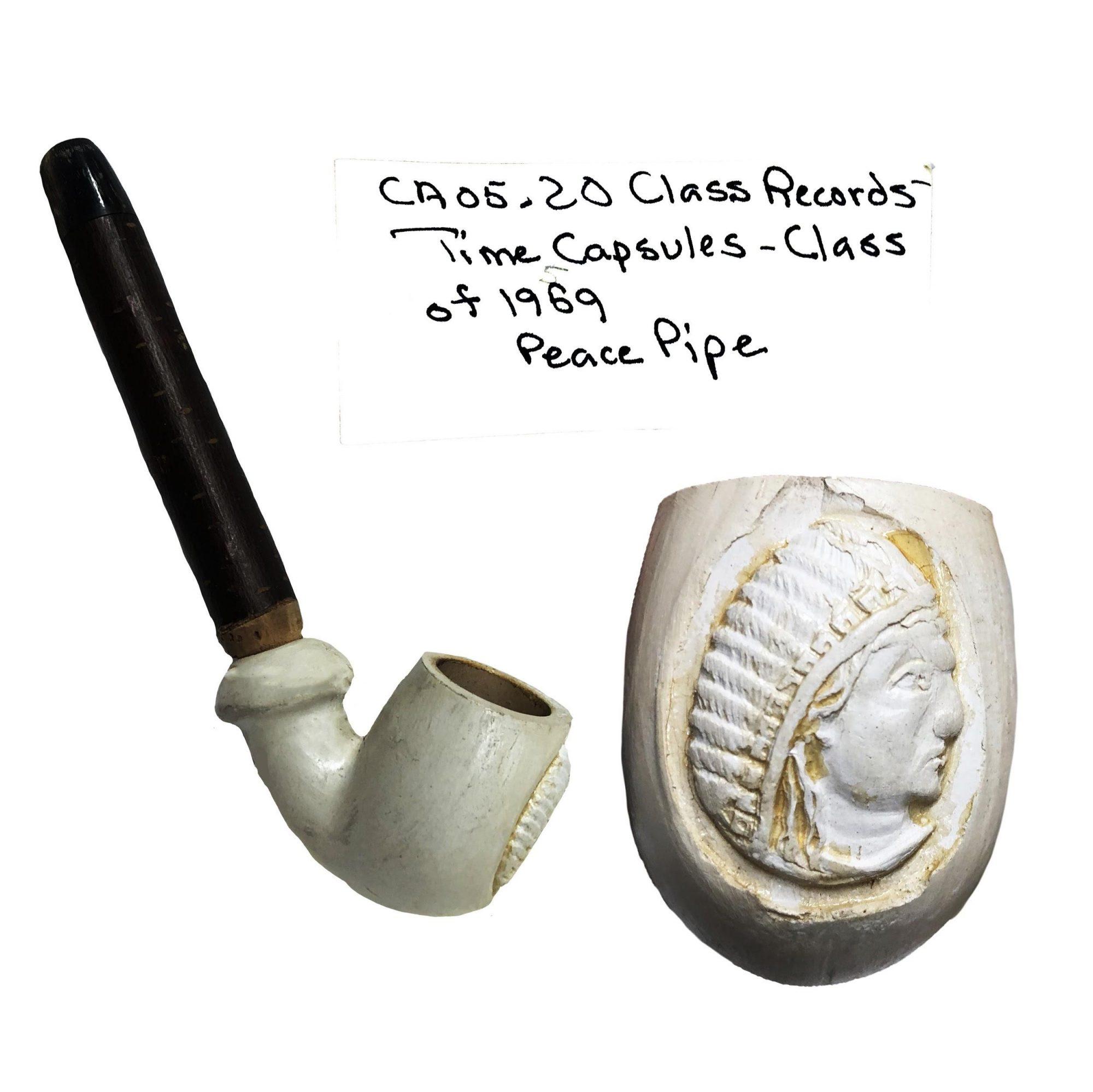 Starting in the late-1800s, all the way through at least 1969, Bates’ graduating seniors maintained a tradition called the “Pipe Oration.” Supposedly based on a Native American custom, all members of the graduating class listened to a speech from one of their classmates and smoked a “peace pipe” which, each year, was specially crafted for the occasion.

The 1915 leader of the Oration explained the tradition: “To the American Indian the ‘Pipe of Peace’ symbolized good will and eternal friendship. As the pipe is smoked by the members of this class, may the same spirit be awakened in our hearts and may the mingling smoke carry into oblivion the memory of all that is unpleasant and preserve a never dying fraternal love.”

On Graduation day, the ceremony was supposed to unite students and dissolve any remaining tensions. While these may be good ambitions, the ceremony itself was deeply problematic. It stereotyped and appropriated Native peoples, and should be acknowledged by members of the current Bates community.

Even though Bates students may not have recognized these problems at the time, both the speeches and pipes included in these ceremonies were racist. F.A. Nevers, the speaker from 1912, said: “the redman has left us a heritage” as the reason for carrying on the Peace Pipe tradition. In 1933, the speaker said: “Primitive people develop simple means of expression,” one of which was the Peace Pipe ceremony. 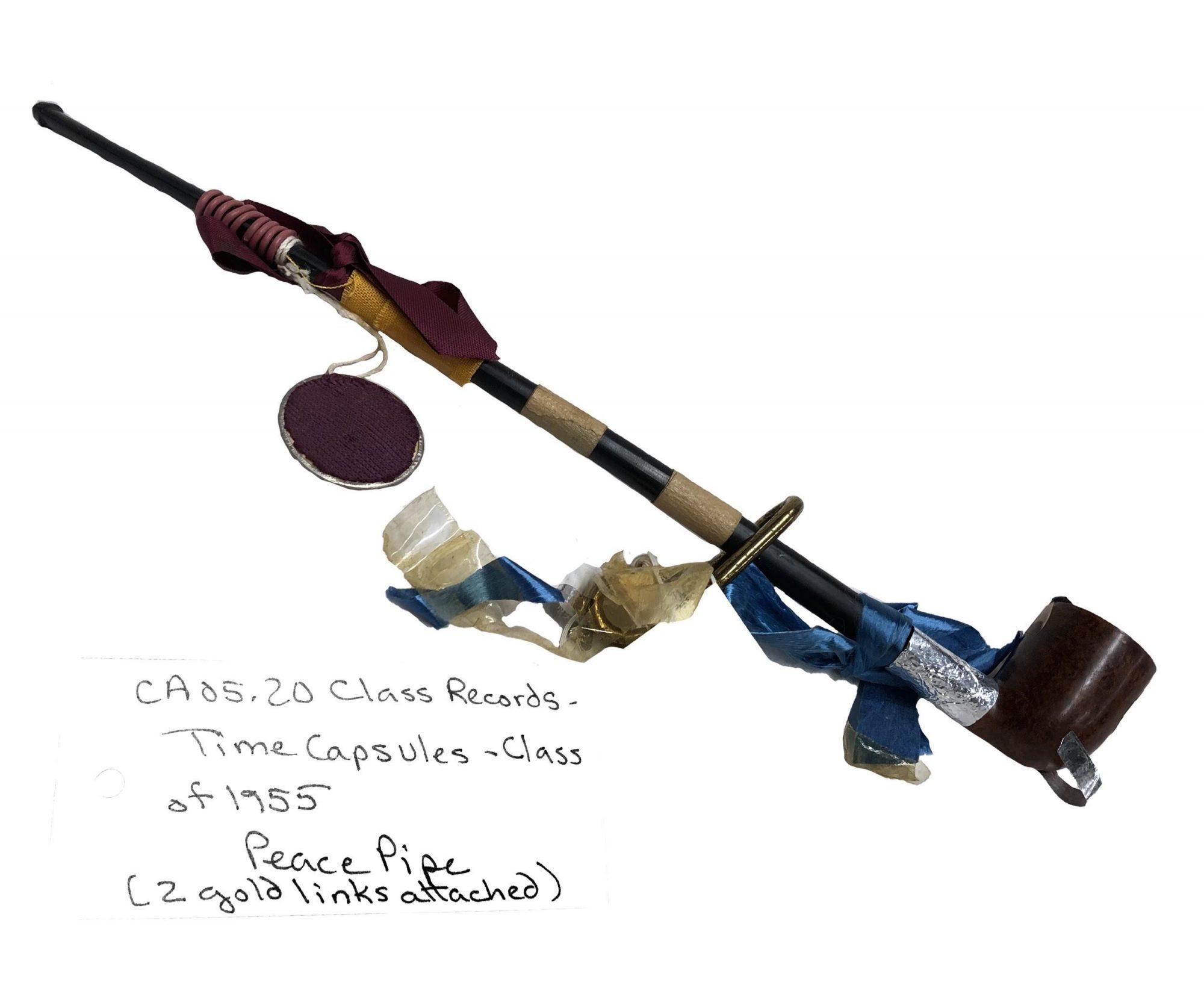 Though not all of the Peace Pipes remain, a small collection lives in the Muskie Archives. Some of the pipes are simple, while some are adorned with whatever the students saw fitting— feathers, ribbons, and carvings were included on many of the pipes. One pipe, from 1969, was etched with the face of an unidentified Native American man.

This tradition raises questions about troubling aspects of Bates’ history. So little information remains, and it is rarely brought up by students or professors— most have never even heard of the Oration. Why did this tradition start? Why did it stop? Did everyone on campus condone the ceremony, or was there ever resistance? These questions remain open, although there are some possible answers.

Historian Philip Deloria offers insight as to why this may have appealed to Bates students. In his book Playing Indian, Deloria traces white Americans’ appropriation of Native culture to before the establishment of the United States. He suggests that as white settlers searched for a national identity outside of traditional European values, they used Native appropriation as a way to claim parts of Indigenous culture as their own.

Throughout the time that this tradition carried on at Bates, all across America, white people “played Indian.” From white Patriots dressing up as Natives in the Boston Tea Party, to so-called “Indian Hobbyists” (whites who dressed up and “acted” as Native Americans) in the 1950s and ‘60s, non-Natives objectified and appropriated Indigenous culture.While the ending of the Bates tradition could have coincided with the growing momentum of the Red Power Movement in the 1960s and ‘70s, there are no clear answers for when or why it ended. It may have been met with resistance from students on campus, or the members of subsequent graduating classes could have grown up at times when this was seen as more problematic than in generations before.

Uncovering and remembering this tradition can spark discussion and deep thinking about this part of Bates’ history, and may also inspire learning about other hidden and problematic pieces of Bates’ past. In addition, Bates needs to reflect on current actions that prevent a completely inclusive community.