The Complicated Relationship Between Bates and Ice Hockey 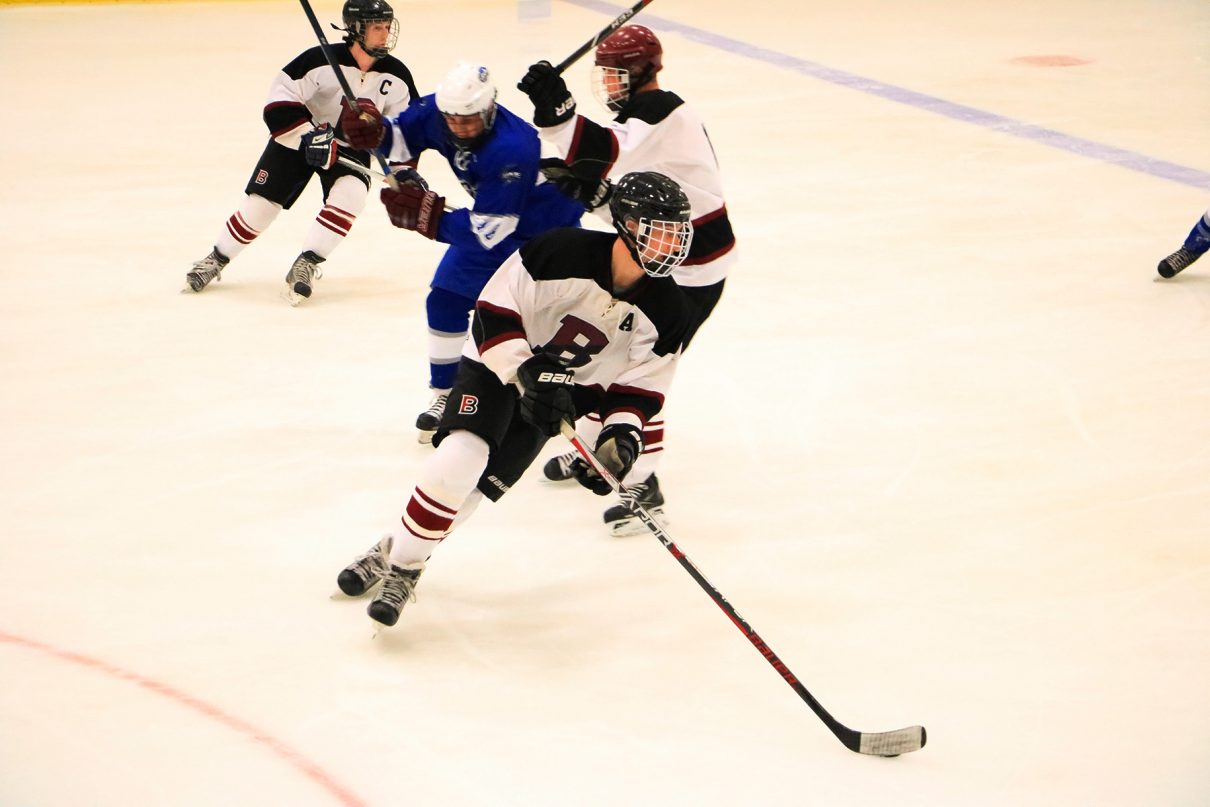 As a New Englander and a former hockey player, I can confidently say that hockey is a sport entrenched in the culture of New England. The region, when compared to other parts of America, isn’t usually elite in sports that require a lot of time outdoors, making sports like baseball, football, golf, and others significantly harder to play.

That said, in a state like Maine and at a school like Bates, one has to wonder at the absence of men’s and women’s varsity hockey teams.

There have been plenty rumors circulating among students for years as to why this is the case, but none have really been seen as the true reason why Bates elects to not have varsity hockey teams.

In this article, I’m going to break down the arguments against having hockey here at Bates, which I have simplified down to: 1. Hockey is too expensive; 2. Hockey maintains a social culture that would not fit the mission of the College.

The first is an easy fix. Bates is expanding financially, with the new science building serving as evidence to the strength of alumni donors, along with President Clayton Spencer’s wonderful efforts to help the school recover following the financial crisis in 2008.

The school also already has a rink, and is spending the money to maintain that rink anyways with the presence of the club hockey program. That said, costs wouldn’t go up significantly by adding in two varsity hockey teams, at least in terms of the most expensive costs, which is maintaining a rink. Of course things like the salary for a coaching staff and administrative costs play a factor, but this too could be offset in the long run.

But, say the school simply does not want to financially support two varsity hockey teams hypothetically. My argument to this would be as follows: hockey is an intrinsically New England – and particularly NESCAC – sport, and the program could be successful relatively quickly given how many people play hockey in New England.

Given the lack of success among a few sports here at Bates, I don’t think it would be a radical idea to drop a current sport and replace it with a men’s and women’s hockey team (if it were a men’s sport that was dropped, women’s varsity teams would outnumber men’s, which is a statistic that the school could be proud of given the success of any of its programs).

I’m not necessarily advocating for any varsity sport to be replaced, but I believe that a hockey program could inherently find more success here at a school like Bates.

The second argument against hockey regarding social culture, admittedly, has some credibility to it. However, while hockey players, and particularly male hockey players, haven’t always created the best reputation for themselves, there are plenty of other sports that have cultures that could be considered unhealthy or that go against the mission of the school.

On top of this, just like any sport, there is an uncountable number of great people who play hockey. The sport teaches discipline, respect, and compassion, and I’ve played with, against, and watched a countless number of players who exhibit these traits both on and off the ice.

Additionally, hockey fans are some of the most passionate, and I think that is particularly true in New England. College hockey in particular has insane fans, comparable with that of college football and basketball.

I grew up watching Umass Amherst fill their 9,000 seat stadium with rowdy college kids, and it is really an unbelievable experience. While Underhill wouldn’t be boasting those sorts of numbers, smaller rinks are better for NESCAC teams and fans, as it allows the student body to really engage with the game and follows the small school-type model mbodied by NESCAC schools.

Of course, Bates has club hockey, and in no way is this article meant to knock that program down a peg or label them as unimportant. The game of hockey is really incredible, and any way that people can experience it is superb.

But Bates is the only NESCAC school without varsity teams. Having also grown up watching Amherst College play against other NESCAC schools, the sport just fits our type of school.  Having varsity hockey would be a great way to bring the student body together and increase school spirit, while also catching up to the rest of the NESCAC.

On top of that, hockey would be a great way to bring more Maine student-athletes to Bates, as well as to give the College another way to connect with the surrounding community and possibly help to grow the game with Lewiston-Auburn kids.