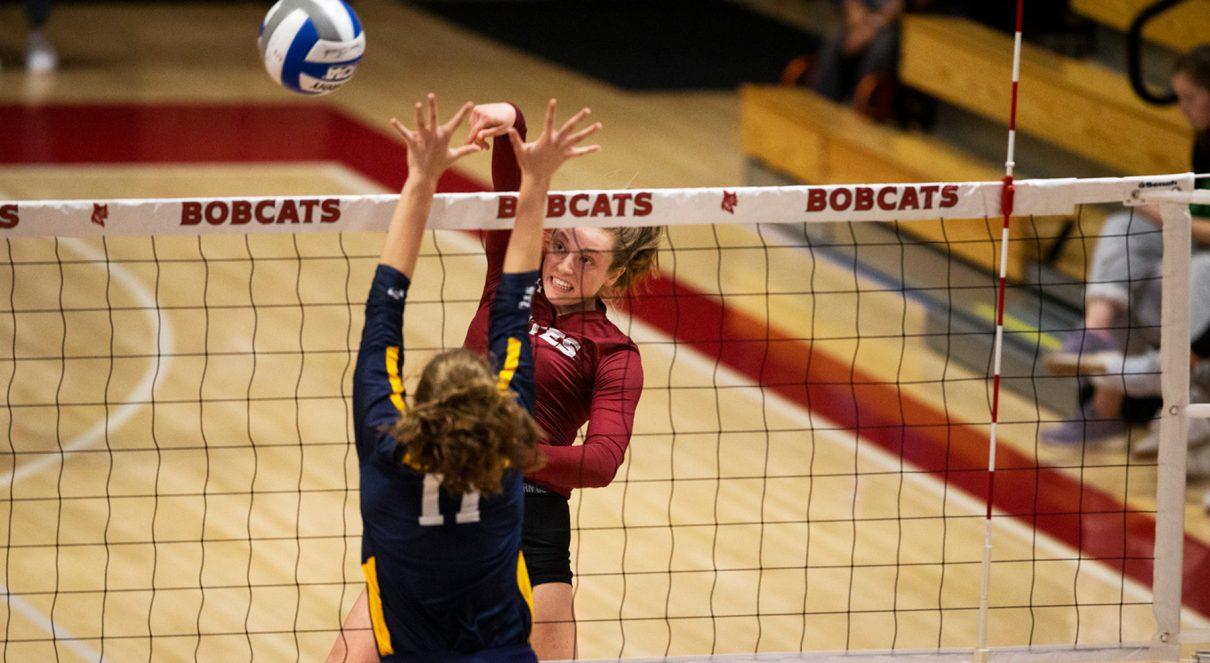 The Bates Women’s Volleyball Team closed out their regular season this past Saturday, finishing with an overall record of 16-9 and a conference record of 4-6, which was good enough to land the Bobcats in the NESCAC tournament for the second season in a row as the #7 seed.

In the glory days, from 1990-1993, the Bobcats won 4 consecutive NESCAC Titles, and with the growth of the program over the last few years, one can hope that a return to those days isn’t far into the program’s future.

The team this year is led by a strong senior presence, including Captains Gabi Eustache ’20 (New York, N.Y.; libero) and Julia Panepinto ’20 (Buffalo, N.Y.; setter), as well as Taylor-Stafford Smith ’20 (Calabasas, Calif.; outside hitter), Samantha Schecter ’20 (Riverside, Conn.; right side hitter), and Jordan Camarillo ’20 (Tucson, Ariz.; libero), all of which have played all four years for the team.

Eustache led the team in digs during the regular season, with 341, which was the 6th most by any player in the conference. Her team leading digs/set ratio of 4.37 was the 7th best in the conference. These great defensive numbers weren’t surprising, however, considering Eustache has been at the top of these categories in the NESCAC all four years and was even named NESCAC Defensive Player of the Year in 2017.

Panepinto leads the team in assists/set with 5.34, which was the 12th most by any player in the conference during the regular season.

Stafford-Smith, who was unfortunately injured for much of the beginning of the season, has already picked up where she left off as one of the team’s primary outside hitting targets over the last four years. Her 2.04 kills/set is currently second on the team and the team will surely use her as a weapon in the ensuing NESCAC Championship matchups.

Schecter, who has continued to improve her game in each of the last four seasons, should be a great asset up front for the Bobcats going into the postseason.

Camarillo, who has seen increased playing time over the last few seasons, looks to continue to contribute and finish off her final year on a positive note.

The Bobcats first game in the NESCAC Championships will be against #2 Wesleyan (19-3, 9-1 Conf.), making the game a rematch from last year’s NESCAC Tournament.

Last year, Wesleyan beat Bates 3-0 in sets, so the Bobcats will be looking for a different result this go around.

This past October, the Bobcats faced off against Wesleyan at home, falling 3-1 in sets. However, this result was off of the back of a match against Connecticut College the night prior, with the quick turnaround playing a factor.

Trust that the Bobcats will be looking to avenge this result come Friday night.