Crew End of Season Wrap Up 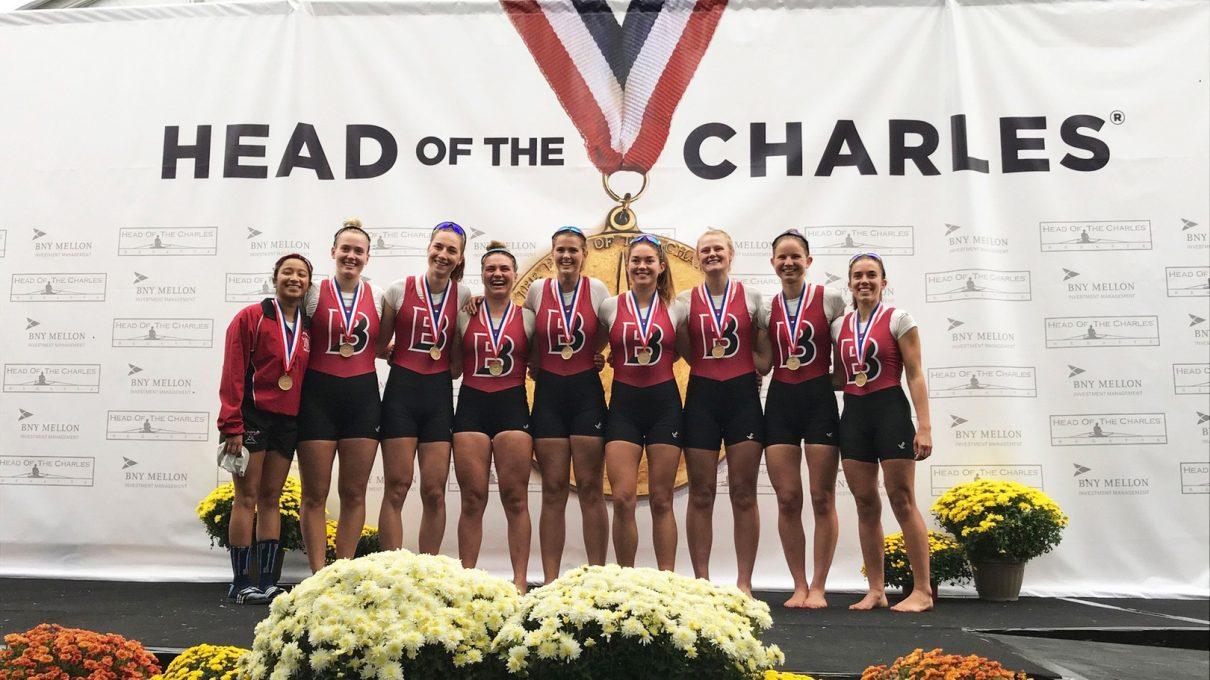 Although the recent weather has indicated that winter is indeed coming, the colder temperatures have not cooled down the excitement surrounding the Bates Men’s and Women’s rowing teams.

A few Sundays ago, men and women competed in the historic Head of Charles Regatta, which have been occurring for the past 55 years. On the men’s side they grabbed 17th place, a major success already this year after placing 22nd last year. On the women’s side they made history–again. They are the first crew team ever to win the Head of the Charles three consecutive years. The Bates women are also three time defending national team champions and two time defending varsity eight national champions.

The results from this season’s regattas indicate that both teams are well on their way to do great things in the spring. Yet, for the men and women on the crew team, winning certainly isn’t everything.  One of the things that crew members look forward to at the start of the school year is simply getting back on the water.

Hannah Beams ‘21 of Mattapoisett, Massachusetts, a member of the historic women’s varsity eight, said, “The most exciting part of the fall season is finally being on the water again . . .the river and the boathouse are my happy place.”

Though the members of the crew teams are happy just being in the boathouse with each other or being on Androscoggin river, they didn’t get to be lead programs in the field without having concrete goals. Sobie Sobolewski ‘22 (Oakton, Va.) explained what the men’s goals were in particular this past fall. He said, “The goals this past fall were simple: requalify for next year’s Head of the Charles . . .we did exactly that while putting us in a more optimal starting position, which sets us up for an even better performance next year.”

This long term goal attitude has served both teams well. Sobolewski then commented on the men’s ultimate goal.

“Ever since NESCAC crews were given the opportunity to qualify for the IRA National Championships, [their] goal every year has been the same: win the National Invitational Rowing Championships in the Varsity 8.

The IRA is the Intercollegiate Rowing Association. Its annual regatta acts as the epitome of men’s rowing and acts as the national championship. The only difference is that instead of just competing against Division III teams, the men also compete against Division I teams which include the likes of Yale, the two time defending national champions. Though the Head of the Charles is the only official regatta the crew teams participate in for the fall season, that doesn’t stop teams from getting extra racing practice in by competing in scrimmages. Alex Burbelo’22 (Washington, D.C.) commented on this by explaining how they “finished up [their] fall rowing with a successful scrimmage against Colby and Bowdoin.

The essence of rowing and what it means to be part of a nine person boat is best summed up by Sobolewski, “Rowing is one of the purest embodiments of teamwork. There are 9 spots in the boat, and each athlete in the boat needs to have a commonality with their boat mates to maximize the boat’s speed. This commonality is achieved through our hard work during the winter where we are pushed beyond our physical and mental limits.”

The men and women will get back on the water once the ice has cleared from river. Their first regatta for the spring season will be held in March.