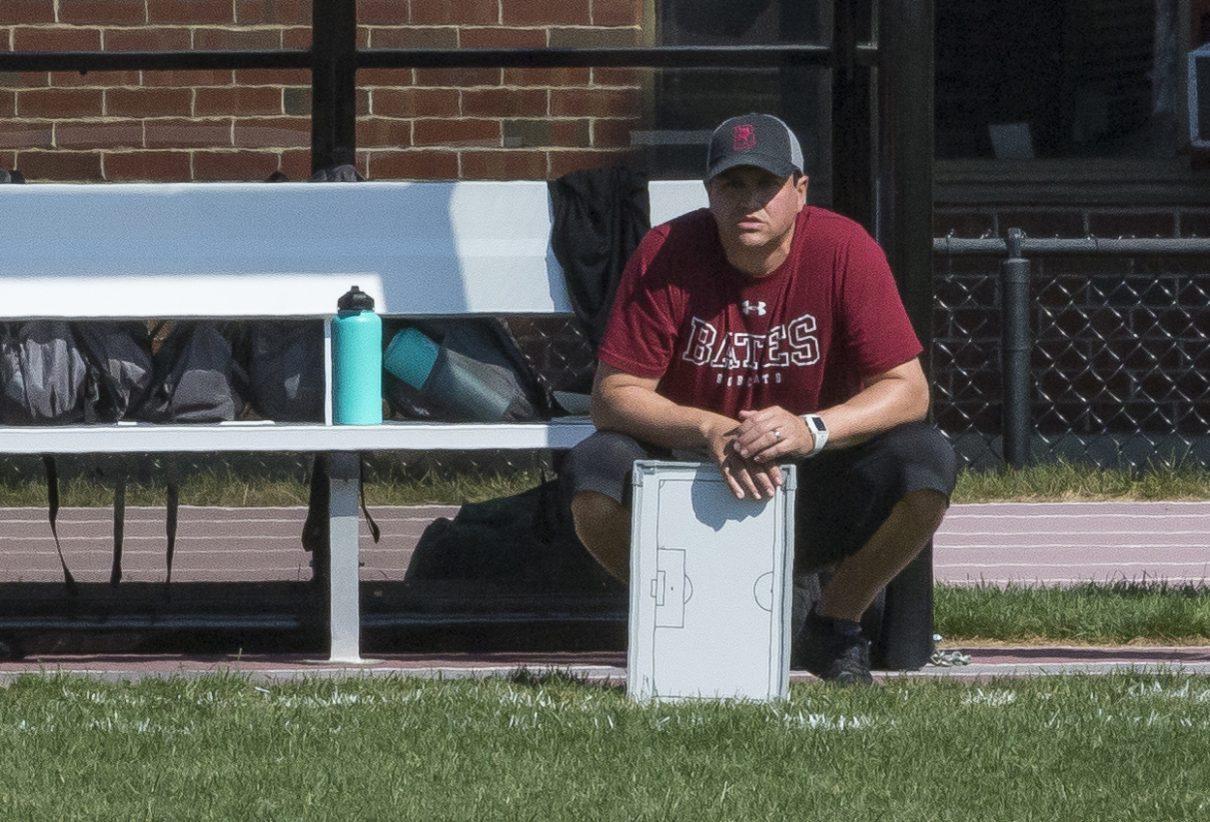 “It’s been a whirlwind”, said Women’s Soccer Head Coach Joe Vari, describing his transition from The University of Puget Sound in Tacoma, Washington to Bates College.

“You have to learn faces, names, players…when you go to away games, you don’t even know where the locker rooms are.”

Although Vari is getting used to the new sights and sounds of Bates, this certainly isn’t his first rodeo. Beginning his head coaching career ten years ago, Vari came to Bates with a 114-57-22 record across all competitions, coaching at Rhodes College in addition to The University of Puget Sound.

Vari is using that experience to help the Bobcats move past their 1-5-1 start to the season.

“We try to approach [the season] with a telescope and a microscope. We know its not going to get any easier for us with the conference coming around, but our group has really been turning the corner.”

Leading up to the 2019 season, Vari made the decision to field a team that featured a record-high number of players: 26. The decision was made to maximize talent pool and to hedge against injury or an unexpected loss of player.

“In a Division III school, there’s no telling what can happen. There’s no scholarship, that paper that’s keeping them on the roster.

The strategy has paid off for Vari. Numerous walk-ons, such as Lauren Berube ’22 have gotten significant playing time this year.

Throughout the season, Vari has instilled a culture of diligence and maximum effort. In soccer, that quality is absolutely essential and was put on display during last week’s battle against University of Southern Maine that saw the Bobcats fight for 110 minutes to earn a 2-2 draw.

“Don’t leave anything out there”, he told his team. Their effort was rewarded in the securing of their first point in four games.

Although Vari brings the ten years of experience to the table, the NESCAC is a conference that can test even the most battle-hardened coaches in the country.

“You just get beat up”, Vari chuckles, “in previous conferences that I’ve coached in, there were games where you could just show up and expect to win. There aren’t any games like that in the NESCAC.”

Despite being from Youngstown, Ohio, Vari is quickly becoming enamored with Bates’ culture. His favorite spot on campus is a set of benches inside the quad between Ladd and the Den, and he frequents Commons—always making sure to get a salad base before adding some protein on top (sometimes in the form of chicken nuggets).

Vari is looking to get the Bobcats on the right track with vital NESCAC competitions coming up including Tufts, Middlebury, Connecticut College, and Wesleyan.