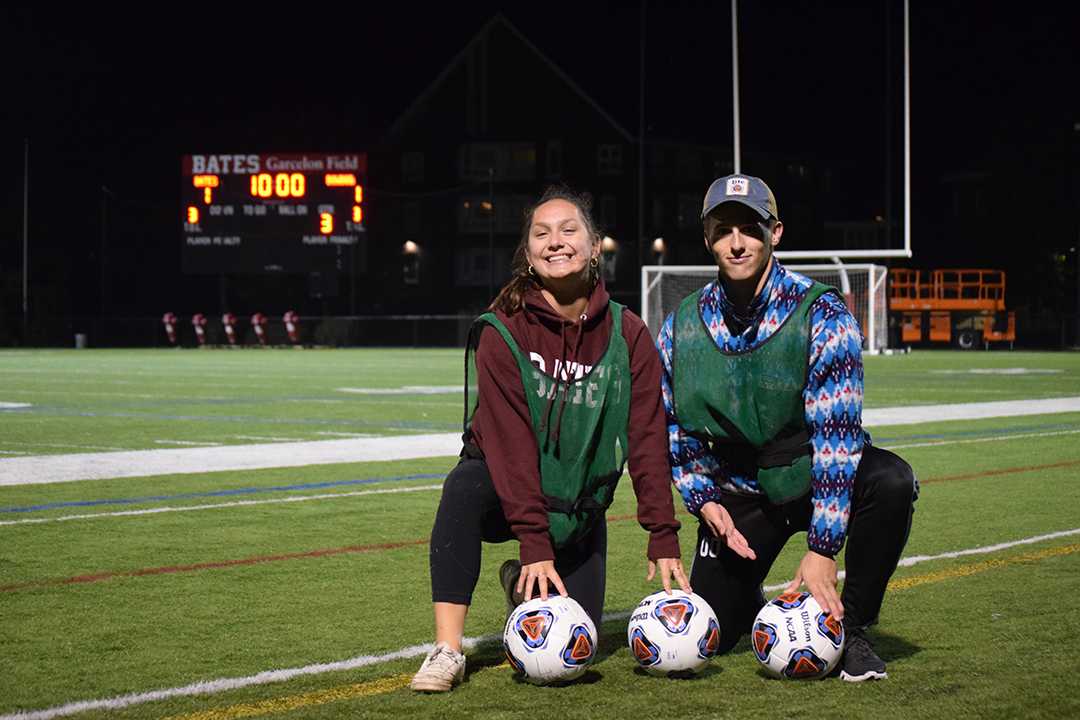 On-campus jobs are some of the best ways to get involved in the community at Bates, while also making a quick buck on the side. In fact, Bates is well known for being very generous with their financial aid giving – about half of the student body receives financial aid from the school.

With that in mind, the student body clearly has a vested interest in student employment to give back to the school and contribute their portion of the financial aid package.

Recently, this student employment interest has manifested itself in the athletic department. This year, the school is emphasizing its increased desire to employ students in the department.

These jobs range from things such as working in the lobby of Merrill or Underhill to serving as a student assistant for one of the many teams on campus, to working with the athletic training department to help ensure the athletes are properly taken care of on a day-to-day basis.

This increased effort to attract students to these jobs is a win from all sides – the athletic department gets the help that they need, the students receive compensation, and the teams themselves gain support and investment.

It adds to the community of the school when teams feel that they’re being supported by each other.

Most teams on campus have a team from another season that they are partnered with to work games as ball runners, PA announcers, etc. which also adds to the community feeling – it’s nice to run over to the sideline during a soccer game and have your friend on the lacrosse team toss you the ball for the throw in.

This was a sentiment that Collins was sure to hammer home, “People are happy and excited to be at Bates. I know I would always want to go to a school that people are passionate about.”

Given that nearly half of the students at Bates play on a sports team, it’s easy to see . It makes sense that athletes would support other teams – they are simply just paying it forward. I go to your game, you come to mine.

They have also discussed advertising the sports medicine jobs to students who do not play on a sports team at Bates so that they would be available year-round and not just when they are out of season. This gives people a chance to get involved in athletics who might not otherwise get to.

School spirit and a sense of community this strong are attractive to prospective students, as well. “People want to come to a place where everyone feels like they’re striving towards the same ultimate goal,” added senior football captain Jon Lindgren ’20. “Athletics are an area where people quite literally get to do that.”

While there may be some people who are catching the passes and taking the shots, there will always be others setting up cones, refilling water bottles, and watching film who have the same end goal. In the classroom it’s hard for everyone to work together towards the same end but between the lines everyone is searching for a NESCAC championship.