Stand with Israel, and Criticize it Too 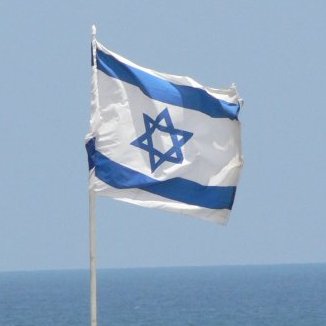 When Rep. Ilhan Omar (D-MN5) suggested that taking a pro-Israeli stance smacked of foreign allegiance, an army of politicians from across the aisle leaped to condemn her poorly phrased and flagrantly insensitive remarks. And rightfully so. In a world where the ghost of anti-Semitism knows no boundaries, it is only natural that conversations about the historically persecuted Jewish diaspora warrant tact and thoughtfulness.

At the same time, I could not help but identify an unlikely ideological ally in Sen. Bernie Sanders (I-VT), who had warned against using Omar’s statement as a tool of stifling the debate around US-Israel relationship. Open discussion is an open discussion and, while exercising heightened decorum with our words is always a good idea, nobody should be above criticism.

To me, the burgeoning progressive notion that Israel is a neo-apartheid state and Uncle Sam’s imperial outpost belongs in the same ash heap of imbecilic rhetoric as Representative Omar’s off-color comments. Israel is not an “outpost” of Western imperialism. It is an oasis of Western-style democracy, freedom, and tolerance in the milieu of Middle Eastern politics. At a time when many of Israel’s neighbors ‘serve justice’ by sentencing their LGBT citizens to death, the City of Tel Aviv flies rainbow flags high and proud. While thousands of Christians and Jews across the Middle East fear for their lives, Jerusalem welcomes worshippers from all denominations. As Hamas-controlled Palestine continues to turn a blind eye to terrorists and their abetters within the Gaza Strip, some compassionate Israeli doctors respond by providing care to injured Arab children.

But Israel’s moral superiority should not afford its government a geopolitical carte blanche, let alone immunity from criticism. Quite the opposite: we should hold Israel to a higher standard not in spite but because of the fact that it is America’s invaluable ideological and strategic partner. Distinguishing our solidarity with the Israeli people from our concern for Prime Minister Netanyahu’s self-righteous political maneuvers is the first step.

Over the past few years, Netanyahu has repeatedly engaged in conduct unbecoming of a US ally. When Republicans invited him to address a joint session of Congress in 2015, Netanyahu gladly obliged, refusing to show a modicum of respect for President Obama who, fairly or not, claimed the visit would derail the US-led Iran nuclear negotiations. Netanyahu ended up speaking to a half-empty Congress, using the honor extended to a select few heads of state to sow division in our domestic politics.

A vehement critic of the Obama foreign policy myself—in no small part due to its repeated sidelining of Israel and multiple fiascos in that country’s immediate neighborhood—I also happen to believe that partisan politics ought to stop at the water’s edge. By making no attempt to hide his preference for the Republican Party, Netanyahu makes it seem as though friendship between our two nations only extends to one part of the American society. By peddling regulatory favors to media outlets in exchange for positive coverage, Netanyahu both tarnishes his country’s pluralistic credentials and interferes with the US endeavor to present Israel as a fair and transparent system that aspiring democracies should emulate. By crafting secret deals with Putin over Syria, Netanyahu kowtows to a man who lives and breathes the demise of American leadership.

Netanyahu closed his speech to the 2019 AIPAC conference with “May God bless America and may God bless Israel.” May God also bless political sanity, good faith alliances, and our ability to engage in a constructive dialogue without offending each other.