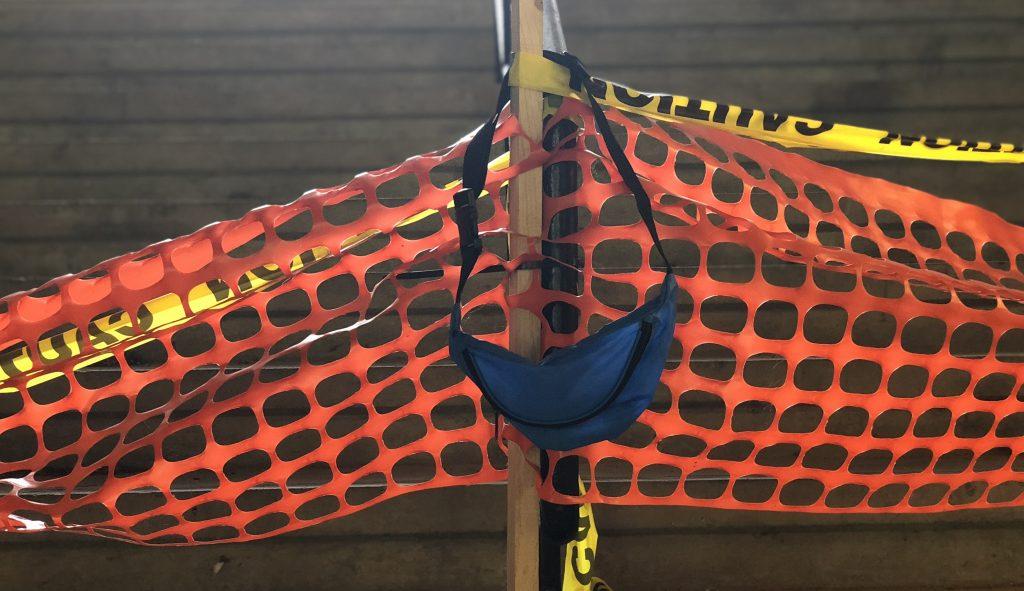 Since the moment I stepped on campus as a first-year, the 80s dance was instantly infamous amongst current students. “80s Weekend” is, for many first-years, the first big initiation into the party life at Bates. We all can recount our AESOP leaders making small talk during our trips and hyping up the first big dance of the year. 80s has always had a kind of forbidden veneer to it. It is the biggest event put on by Bates that hosts the most debauchery per square centimeter.

In many ways, this hype is well earned. This year alone, the Chase Hall Programming Board in cooperation with other groups like Filmboard and the Office of Intercultural Exchange worked tirelessly since Friday night on events. These included trivia in Commons, a kickback open mic celebrating 80s hip hop and R&B, and a screening of “Back to the Future” (a personal favorite of mine).

80s dances are a staple for many U.S. universities and schools, and all are united in a simple idea: nostalgia. All decade dances are rooted in the idea of reviving forgotten trends in popular culture from fashion to music to cinema. Dances like 80s ask us teenagers and 20-somethings to immerse ourselves in fond memories for a decade we never experienced. In 2018, with hit shows like “Stranger Things,” movies like “Thor: Ragnarok” and it’s retro aesthetic, and hit-songs like “Africa” by Toto making meme history, it seems more appropriate than ever that Bates follows in this tradition of second-hand nostalgia.

But that is ultimately the deceitful nature of decade dances. They are always a sort of revisionist reenactment of history. We do not actually attempt to recreate authentic fashion from the 80s. Our neon workout clothes and wacky shirts are for most (myself included) a distorted version of actual 80s fashion. Us Bates students mimic our looks off of our friends who mimicked their looks off of students who came before them who mimicked their looks off of people who came before them. We are so far removed from the meaning this culture had for its original actors that Jean Baudrillard himself might as well have coordinated the wardrobe for the evening.

For other pop culture moments, our second-hand nostalgia goes beyond caricatures of 80s style. Despite all the greatness to be found in classic films and TV tropes, we too easily forget how different things were in these “politically incorrect” times. We reenact a decade when gay slurs and derogatory words for neuro-atypical people were everyday vernacular. We look longingly on the romance and hijinks in movies like “The Breakfast Club” and “Ghostbusters” while ignoring the blatantly misogynistic actions of the main characters that we, the audience, are expected to forgive.

This last distorted memory is, to me, the greatest sin of 80s. It’s no secret that so many people (women, sexual, and gender minorities in particular) walk into this night knowing they will have to navigate unwanted touching, coercive contact, and all manner of toxic behaviors. And this is despite (or perhaps in spite of) the first weeks of the school being filled with Green Dot trainings, Bates students and staff working to provide contraceptives and medical resources, and many important lectures on consent. Unfortunately, it often seems that those legendary 80s stories told in tandem with these lectures serve less as cautionary tales than as challenges to be out done.

In many ways, this might be the biggest callback to the actual 80s; a decade where queerness was disgusting, women could only excerpt power in manufactured spaces (this was, afterall, the dawn of corporatist feminism), and the modern characteristics of toxic masculinity began taking hold.

I can’t say I hate 80s, because I don’t. This year and every year past, I’ve had great times with my friends and I have my own share of crazy stories to tell. But morals and standards don’t take a night off. Respecting consent and truly learning about the good and bad of older cultures are duties we cannot and must not shirk on. So for those of you who still have three, two, or even one 80s dance left at Bates, I offer some simple advice from what is, in my opinion, the best movie of the decade: “Always do the right thing.”