Ted Burns on His Album “Atlantic” 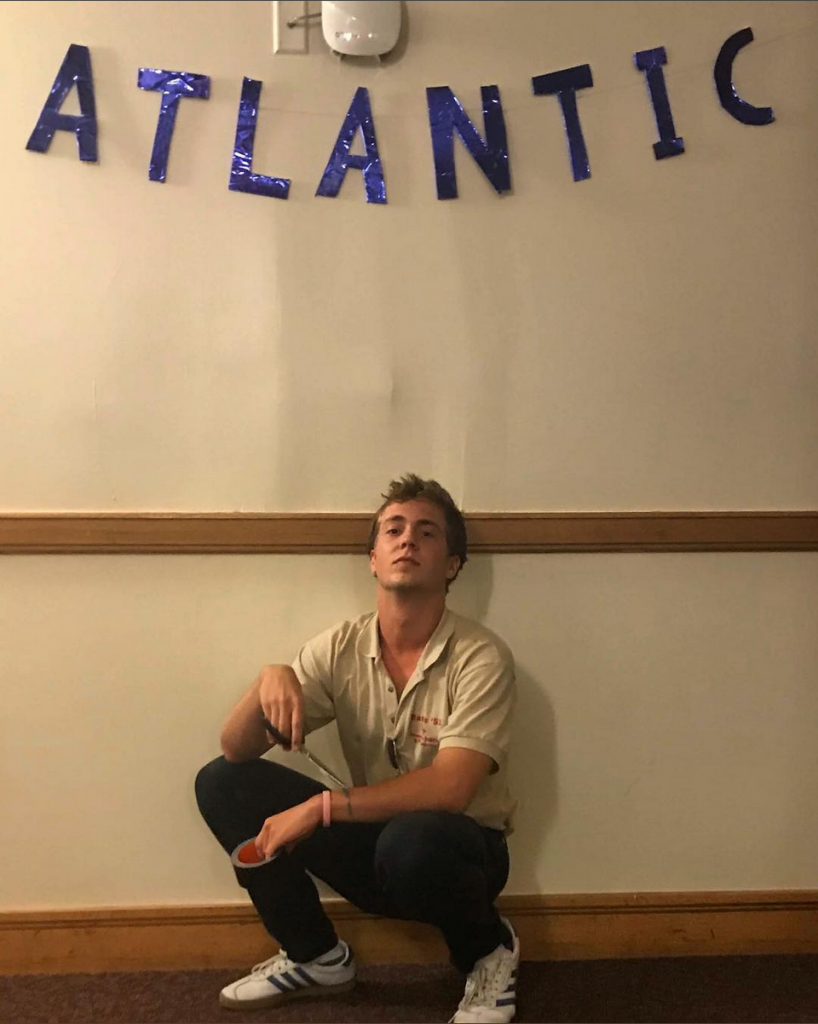 On Friday Sept. 12, I had a chance to chat with Ted Burns ‘19 who released his most recent album, “Atlantic,” this past summer. Burns makes music under the name “Short Shorts,” his musical persona. Burns explained his motivations for creating Atlantic, his creative process, and what he plans to do next.

“Atlantic” was composed during a time of continuous change in Burns’ life and the album helped him process the progressive separation he felt from those he was once close to. All in all, Burns sees the album as “a meditation” on “what separates people,” what that separation feels like, and how that separation can be reconciled. In fact, the title of the album itself flows along those same lines: “Atlantic” references the Atlantic Ocean, the aquatic expanse that symbolizes the separation between the Old World and the New.

Burns feels that “Atlantic”’s central themes are most present in his personal favorite song on the album, “Superstar,” which he described as “the thesis of the album.” When writing the song, Burns strove for simplicity to get his point across lyrically. Burns told me that identifying “Atlantic”’s overall concept helped him
write and compose each song.

Burns shared that his creative process usually begins with writing lyrics. The artist is an English major with a love of close
reading, and he keeps a notebook on him to jot down words and phrases that inspire him. Once he has solidified the words to his songs, Burns usually begins composing.

In making “Atlantic,” Burns’ goal was “to make songs where everything is just firing on all cylinders.” He elaborated by explaining that “the music supports the lyrics, and the lyrics support the music.”

Beyond that, the musician encourages his own creativity by taking a limitless approach to songwriting and composing. According to Burns,“If you let yourself do anything … there are no rules.” Correspondingly, he pulls from as many musical genres as possible. “When I’m inspired by something, I want to steal it,” he admitted.

Although he’s already an accomplished musician, Burns classifies music as just “something he likes to do… a great way to spend time.” Now a senior at Bates, he started making music during the summer of 2016, before going into his sophomore year. Despite having significant experience playing multiple instruments, the only thing that really
stood between Burns and his dreams of composing was the fear of not being able to live up to his own high expectations.

However, during summer 2016, Burns was profoundly inspired by Japanese Breakfast and Car Seat Headrest. He was then motivated to release the pressure he had placed on himself and tried his hand at writing music. Initially, Burns felt songwriting was very difficult, but he assured himself that his “first effort didn’t have to be amazing.”

He explained, “I started writing songs that were all just so bad. But of course when I made them, I’d think ‘this is amazing, I made a song,’” That sense of accomplishment motivated Burns to begin publicizing his newfound hobby, and sharing the music he made with others. From this, the band “Short Shorts” was born.

Over the last two years, Burns has composed countless songs and taught himself both guitar and bass. His musical multi-facetedness allows himself to single-handedly play each of the musical elements included in his songs. Short Shorts released their first full-length album, “I’m 19,” in June of 2017 on Soundcloud.

In the aftermath of “I’m 19,” the musician’s next goal was to “focus on making something good.” That ambition resulted in his second album, Glad You Were Here (2017).

Though most of Burns’ music can be found on Bandcamp (under Short Shorts), the current senior hopes to perform “Atlantic “live in the near future. With the help of friends, Burns is currently working on a live show that will involve other musicians and a musical looping machine. Post-grad, Burns hopes to find himself working in any sort of musical field.

I concluded my talk with Burns by asking him about any advice he might have for new musicians. His suggestions draw from his own experiences and hesitations. Burns encourages those who are interested in pursuing music to “erase any expectations” they may have because “you’ll never start if [you’re unable to meet] your own high standards.”