Maddy Clark’s “A Dance” Tugs at the Heartstrings 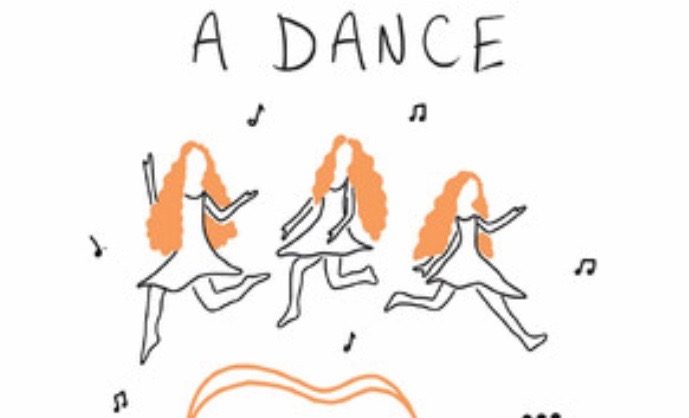 When Maddy Clark ‘20 is not performing with the Crosstones a capella group or singing at PAUSE in the Chapel, she’s an award-winning songwriter who puts her heart and soul into her music. As a testament to her double life, on the last day of short term 2018, Clark released her debut record: “A Dance.” I recently interviewed the talented artist about her recent work, and about what songwriting means to her.

Clark’s “A Dance” features six heartfelt songs. The album’s impressive titular track placed in the Mid-Atlantic Song Contest, in which Clark is a three-time honoree. “A Dance” also coincidentally happens to be the musician’s favorite track. “It’s the song I’m most proud of.” Throughout the album, Clark sings about past loves and heartbreak. She revealed that the first and last songs on the album are about the same person and that the two tracks “bookend the relationship in a sort of way.” Generally, Clark explained that some of the six songs on her record are products of songwriting that occurred years ago.

Therefore, because “A Dance” is Clark’s first full musical collection, it’s almost an amalgamation of her entire musical career thus far. “People forget the time it takes to make [an album].” The musician shared that though all of the work is uniquely and authentically her own, after many years, she feels distant from some of the songs on the EP. As a testament to her own emotional evolution, Clark confessed that “if I were to do it again, it would look so different.”

Clark’s dad has had such a huge influence on her music that she included one of his favorite songs of hers on the album in his honor. He played a key role in the genesis of her musical journey: Clark began writing music at the age of 13, after her father taught her to play the guitar. As a child, the singer had always loved creative writing and writing poetry. So, songwriting was a logical next step, “a natural pairing,” as she put it.

From then on, she “couldn’t stop” songwriting. Clark divulged that she wrote her first full song in seventh grade about her unrequited love for a middle-school crush. “It came out as this very Taylor Swiftian-song; the rest is history,” Clark said.

After all these years, the current Bates junior explained that her creative process hasn’t changed much from when she was a crushing tween. “I write best when I’m given the time to do so,” she said. This, she elaborated, usually occurs when she’s home on break or over the summer. “I sit in my room for hours on end and I just have my guitar and a notebook.” Clark is an accomplished songwriter who studied her craft at Interlochen Arts Academy, and she admits that she writes best “in states of emotional turbulence and high emotion.” For Clark, songwriting is “cathartic.

Once I say what I wanted to say, I feel worlds better,” she said.

When writing music, one of the artist’s main goals is to expose her own emotional vulnerabilities. That effort definitely shines through to the listener: Clark’s music is unparalleled due to its creator’s relentless lyrical sincerity. “People get really scared of sounding cliché, but as long as you [stay true to yourself] you’re going to write something that is very authentic.” Clark believes that the more vulnerable and specific a song can be, the better. “That vulnerability can take a lot of different forms, be it through a unique sound or a thing you do with your voice, or what you’re saying… as long as it’s authentic,” she said.

In making music, the singer strives to truly be heard by listeners. Unsurprisingly, she is most proud of her ballads because, through their narrative style, Clark feels she’s able to “say what [she] wants to say best.” However, the musician admitted that she did vary the genre of the songs and her stylistic choices on “A Dance” to avoid a ballad-only EP. However, I’m sure my fellow listeners can agree that we’d love to hear many more Maddy Clark-style ballads.

Still in the wake of her album’s success, the current junior doesn’t plan on working in the studio anytime soon. Because “A Dance” was the climax of her musical career so far, Clark hopes that her newer music will feel truer to both the person she is now and the musical style that she “wants to project.” For now, the artist’s personal goals are to find liberation through writing happy songs. She confessed that she, mysteriously, has “never been able to write a good love song for someone.”

Otherwise, Clark hopes to have the opportunity to collaborate with other Bates musicians. “I would love to start a band here, and make music more a part of my life [on campus].” Luckily, there’s hope for Maddy Clark fans yet: she mused that she’d “maybe” record a second album post-grad. Here’s hoping she does. 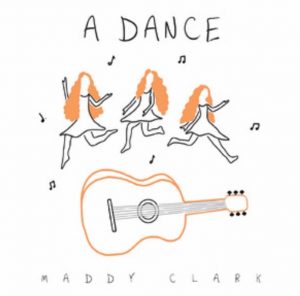