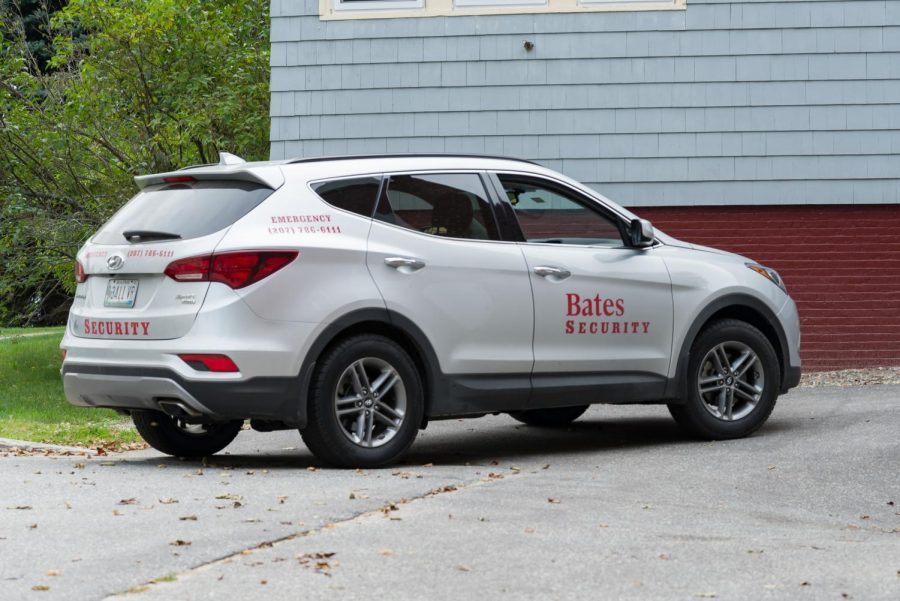 For years, Bates College has allowed students in their senior year to live off-campus, renting houses from local landlords. Most of these houses are situated very close to campus on streets like: College Street, White Street, Elm Street, Davis Street, and Mountain Avenue. Unfortunately, relations between these off campus residents and their neighbors, lifelong residents of Lewiston, have not always been companionable.

On August 24, Dean Carl Steidel and Mr. Paul Menice, Senior Associate Dean of Students and Interim Director of Security and Campus Safety, respectively, sent a letter to the student body outlining these concerns and prospects, including a call for “active leadership and engagement on the part of students living off campus” to ameliorate disruptive behavior.

On Tuesday, September 5, the City Council voted 5-1 to institute an overnight winter parking ban on residential neighborhoods surrounding Bates campus. Going into effect within a month, the ban will forbid parking from the hours of 11 p.m. – 6 a.m. on virtually all streets connected to Bates College (Central Ave., Davis St., Vale St., Bardwell St., etc). According to an article published in The Sun Journal on September 5, 2017 written by Andrew Rice, the ban may be a tactic to stop students from blocking driveways and intersections, as well as to minimize the amount of students hanging around off-campus; thus preventing parties from growing out of control.

In an interview, Dean Steidel said “over the past couple months and really towards the end of the last academic year, the concerns from our neighbors in the surrounding community have increased. Many concerns related to noise, parking, trash issues, and some concerned for their safety at different times.” These strong worries were the final straw that made the community say something had to change.

The Lewiston Police Department (LPD) is giving the apprehensions of residents, and in conjunction with the Bates administration, much consideration. Officer Charlie Weaver works for the community resource team of LPD, primarily focusing on outreach and education in regards to police work and response. This summer he was asked by the Chief of Police, Brian O’Malley, to take the lead on outreach to the off campus students at Bates. According to Weaver, “what we have done is try to open up the communication between the police response, students, security, and the administration.”

The major change that students are seeing on campus is a result of a change in the LPD’s Standard Operating Procedure (SOP). In previous years, when a noise complaint was called in to the LPD 911 dispatch switchboard, it was rerouted to Bates Campus Security and they would be the ones to respond to the first call, not the police. If the disturbance persisted and another call was placed, then the police would have showed up at the residence. At that point, the officer would issue a warning to the hosts and be on their way. If a third complaint was placed and a police unit had to go to the same residence, the individual throwing the party would be charged with disorderly conduct. The police officer could give a summons or arrest the person in question because is a Class E crime.

But that protocol changed this year. Weaver notes, “the SOP now is, instead of having Bates respond to that first complaint, we respond. If it is a legitimate complaint and the officer sees it is a legitimate complaint, the noise level or disturbance is completely unreasonable, based on objective standpoint, that officer on the first call would give the disorderly warning. If the behavior didn’t change, noise levels didn’t change and we had to go back, that is when we would charge disorderly conduct. What we have eliminated now is the ‘freebee’ in the beginning and made it an immediate police response for anything off campus.” Bates Security will still show up when the police do, but the police now have the right to start the warning process on the first infraction rather than the second.

For clarity, when “off campus houses” are mentioned that refers to the residences where Bates students rent directly from a third-party landlord. For the college owned houses like those on Frye Street and some on College, Wood, etcetera, the police still have jurisdiction over the public streets, but not inside the specific houses. Weaver explains, “Frye Street is still a public street, it is maintained by the city so it is not privately owned and exclusive to Bates. We still have to enforce local and state laws on Frye Street as they apply to whatever the case may be.”

Right now the City Council is working on two new ordinances that could affect the current situation. One is a noise ordinance which breaks down and specifies what it exactly means to have unreasonable noise levels and behaviors. The second is called the “Nuisance Party” ordinance which states that if there is a substantiated claim of a large noise dispute, the police would be in touch with both the resident and the landlord to figure out a solution. Ordinances are civil infractions, while disorderly conduct is a criminal infraction; both are enforced by the police.

Weaver reminds us that “ordinances are not arrestable offenses. They are the equivalent of a traffic ticket. Essentially instead of arresting like you would a disorderly conduct, you issue a summons which typically has a fine of some sort…Here, if a student is charged with a city ordinance, no crime goes on their record. It’s the equivalent of going 40 miles per hour in a 25 zone. So it’s a civil citation which is still going to be effective in ending the problem but the party responsible is not going to have a crime on their record, which I find is a little more reasonable for a college student.” This new idea was modeled after the University of Massachusetts, Amherst when it had similar complaints of noise disturbances and the tactic was found to be highly effective. These are still in the workshop phase here in Lewiston and it is unclear when City Council will present them for a vote.

The first weekend of the school year, September 8-10, a total of thirteen citations were given. Eleven of those were for underage drinking: minors consuming and possessing liquor. All of these were given on public streets. The other two citations were for furnishing (giving or selling alcohol to a minor). All of these citations were also given by police officers in full uniform. According to LPD’s records, there were no plain-clothed units in the Bates area that weekend conducting liquor enforcement. There were, however, unmarked cruisers in the area, with uniformed police officers. But there can be plain-clothed police officers in the future traversing what the LPD refers to as “The Bates Neighborhood.”

Officers can also address the evident possession of alcohol in public. “If [the police] see someone walking down the street with a beer in their hand, they are going to address that individual; it’s illegal to drink in public…There are occasions when they address the drinking in public but the individual was twenty-one or older so they simply had them pour out the drink and continue on their way with a warning not to drink in public. But if they are underage, now you have a violation here,” Weaver states. Visit https://www.aclumaine.org/en/Know-Your-Rights for a more comprehensive legal look at what your rights are living in Maine.

During July of this summer, headlines were made in The Sun Journal when a large of group of Lewiston residents, police officers, landlords, and Mayor Robert MacDonald met in Pettengill Hall on Bates campus to discuss their frustration with off-campus parties. Because this meeting was held during the summer months, most students were not on campus and therefore could not participate in the meeting. Dean Steidel remarked that having another meeting similar to the aforementioned one is “not a bad idea, it is something we can think about and something I can pass up to Josh [McIntosh, Vice President for Student Affairs and Dean of Students] for him to think about as well. It seems as if this is starting to reverberate past just the students who are living off campus and so I think we want to be as open and transparent as possible with what’s going on. What we are trying to do is help.”

On September 8, Dean McIntosh and Dean Steidel sent an email to the student body outlining the new rules regarding off-campus housing and the party environment. They reiterated that there are spaces on campus optimal for throwing parties and that peaceful relations between the college and city can only happen “if students take personal responsibility for limiting the extremes of behavior that are the main source of concern.”

Mr. Menice noted that on the annual 80s theme dance, held on September 16, “it seems in comparison with previous years, this was excellent. Student behavior and that type of thing went really well. Bates EMS only transported two students.” It may seem that the uptick in police presence around Bates campus is causing a noticeable change from previous years.

Dean Steidel also noted that the administration “wants students to have a positive experience on campus. We want students to be able to initiate events, to have a fun, safe, responsible time on campus.”

For now as the year begins, we must wait and see how events unfold.