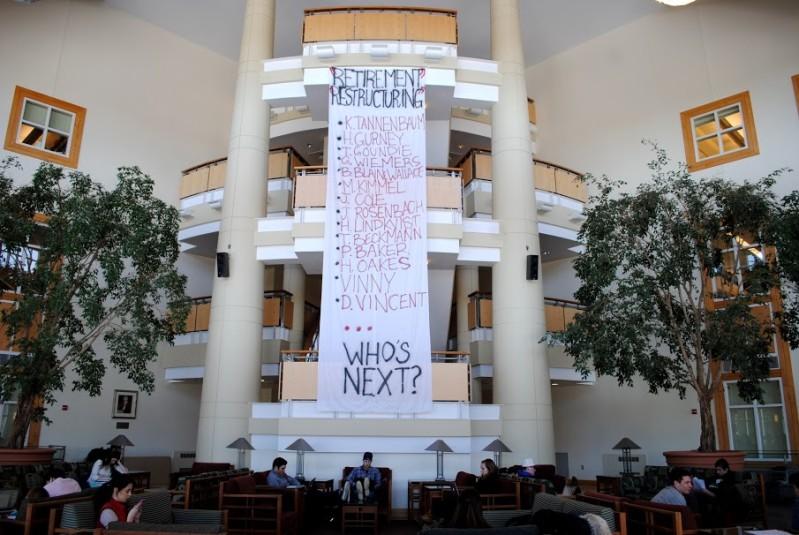 The following is a statement from the Bates College Student Government:

“On Wednesday, the BCSG passed a vote of no-confidence in President Spencer and Dean McIntosh. This action, while carrying no practical weight, should be seen as a powerful rebuke of the College administration by the student body and their representatives. It is clear that students have serious doubts about the direction President Spencer and Dean McIntosh are taking us, and we hope they will come to the table with us as partners. We students should be citizens at Bates, not subjects, and we hope Wednesday’s no-confidence vote will serve as a wake-up call to an administration that many students feel has been cavalier and out-of-touch.”

President Spencer also issued a statement concerning the vote of no confidence:

“We are working to create the strongest possible Bates’ experience for every student, now and into the future. This work involves building on Bates’ considerable strengths and tackling areas that need to be improved. Students have been instrumental in identifying these areas, and they are front and center in all of this work — the campus culture working group, the institutional planning process, and a range of initiatives including improving student advising, services for students with disabilities, student communications, and first-year orientation. Additionally, students will be involved in developing integrated leadership and peer education programs. I’m sorry about the vote, and I take it seriously because it suggests that there is a gap between this important work and the perceptions of a group of students on campus. I am confident, however, that in continued partnership with our students we will preserve what is most important about Bates while moving the institution forward.”

At its Sunday meeting, the BCSG passed an amendment proposed by Tomas Jurgensen that would allow the student body itself to vote on amendments proposed by students or the RA. In order for an amendment to pass via student vote, it would need two-thirds of student support and a minimum voter turnout of 300 students. The RA still has the power to undo, propose, and pass amendments. Members of the RA believe that Jurgensen’s proposal would heighten transparency and communication between the student body and student government, along with the administration. The Representative Assembly meets on Sunday evenings in Commons 221.